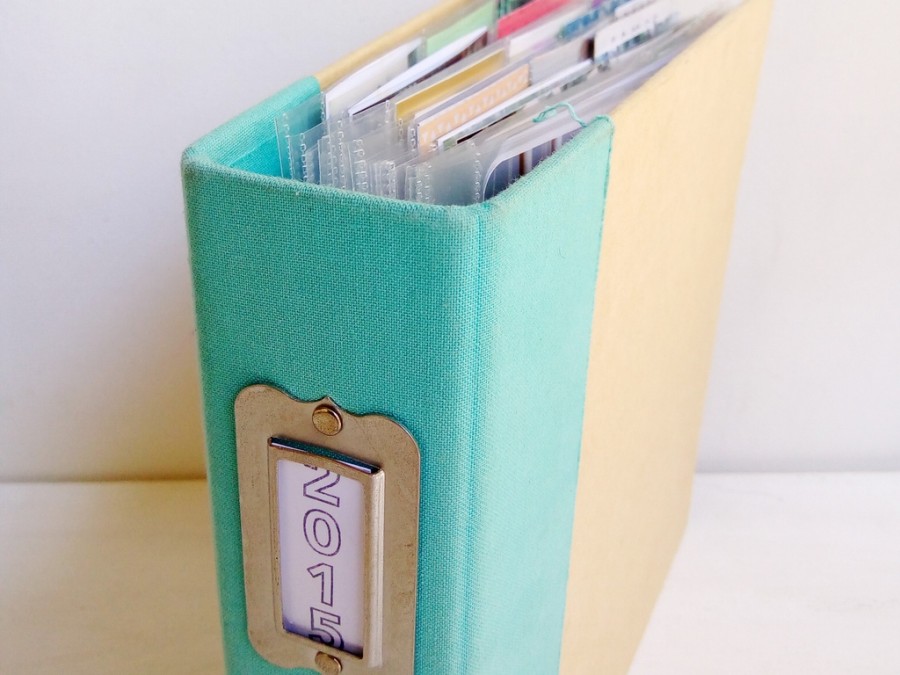 I stayed home all weekend because the girls weren’t feeling so well. They’re doing okay now and I really think it was just the intense heat that had affected them badly. In between chores and tending to them, I decided to catch up on my scrapbooking and I finally finished documenting our 2015 life events.

You see, I’ve decided not to do weeklies because I know well that it is something I am not going to be able to keep up with. I don’t want scrapbooking to be a burden but an activity I delight in so I chose not to put myself under that pressure and stick to documenting occasions and important life events.

It’s quite timely because, tomorrow, I turn a year older (Yey!) and, once again, say goodbye to the year that just passed. And looking through the photos was a good way to remember what an awesome year I just had. Let me share with you some of the spreads I’ve put together, beginning same time last year when I celebrated my 31st birthday…

I can’t believe this was just a year ago! To those who don’t know, my birthday craft party was the idea that gave birth to this small business and community I now run with Mia — Craft Party PH! How awesome is that?

The day after was my actual birthday…

A simple celebration with family and friends for these two darling baby girls. Look — how chubby is Jo!

We threw our little artist an art party, Mexican style! It was the first time I used a full page grid and really enjoyed it! Also, I created this design pattern using Summer’s very own drawings. I first used it for her party invitation, then realized it would make great card designs so I had them digitally printed in different colors as 4×6 and 3×4 cards. Love how they came out!

This was a pretty awesome time for me. I’m so grateful to have been part of Craft Camp and work alongside such talented makers.

Jo had a double celebration! First was at the beach while we were at Craft Camp (her actual birthday) and the second was a very cute picnic party at Salcedo Park — something I’ve always wanted to do!

The force is strong with this one. Emma sked for a Star Wars Party and we happily gave it to her! All the cards used for these pages were cut out of her party decoration, like the buntings, banners, tags, etc. I usually don’t throw away the things right away cause I know I can use them again for memory keeping.

I don’t buy journaling cards so much because I realize I prefer to make my own. A lot of what I used in this album are actually from my first ever set which I still haven’t consumed! But I do I realize I have my favorite scrapbooking tools and accents as shown below: Stickers, stickers, stickers! Specially those tiny little phrases! And the following clear stamps.

So that’s it for 2015 and it was such a joy to go through those memories again. I can’t help but brim with gratitude and feel excited to face another year and make new ones with my family and friends!

It’s that time of year again and I’m pretty excited to set up and start another December Daily journal! It’s one of those little Christmas traditions I’ve set for myself which allows me to navigate the season with a little bit more intention. It’s a practice that allows me to find a more personal meaning END_OF_DOCUMENT_TOKEN_TO_BE_REPLACED

The girls and I were very fortunate to have been invited to the opening party of a new creative space and craft shop in Marikina City called TATY. That stands for Thrive And Trove Yard! Formerly known as Woak PH on Instagram, TATY is essentially a kids’ maker studio that promotes skill-building activities and provides END_OF_DOCUMENT_TOKEN_TO_BE_REPLACED

My daughters, Summer and Jo, started taking ballet classes last August. But last week, they attended their final session. They’ve decided to try and explore other things for now. Even so, I was actually surprised to see them enjoy ballet as much as they did. I really didn’t expect it. They enjoyed it so much END_OF_DOCUMENT_TOKEN_TO_BE_REPLACED