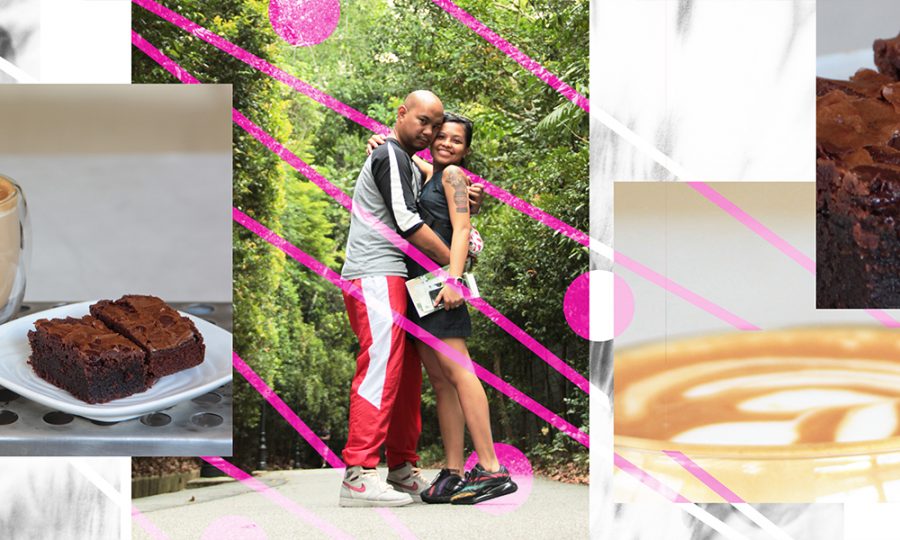 If you follow my IG stories, you’ll see that my weekend baking project involved making fudge brownies with the kids. With just a little salt and a deeper glass dish instead of a pan, we managed to create a fudgier brownie that maintained moisture without beinig soggy. We also extended the mixing time, which was tough because my three baking assistants are between 5 and 8 years old. We were doing all the mixing by hand. We made over two dozen brownies which were quickly gobbled up by the household over the next 30 hours. I feel bad for Emma, who only had two. I later found out from Summer that her great grandmother (who is pushing 100 years old), woke up on Sunday morning to put a half dozen directly into her purse. She said that she was “going to bring them to her job interview.”

Just enough different and just enough similar. It’s a great recipe for harmony in any pairing. You can explore differences in texture or intensity or sweetness. And ultimately, you may be going to the same place with each of the two, but how you get to the destination and the chemistry of pairing makes the experience more rewarding when they are together.

In the case of the home baked brownies, they paired nicely with a mocha latte which I pulled on Kendo’s Rocket Giotto Type V Espresso machine. Since closing the shop last year, it has been maintained and stored here at my parents’ house. As I did not have any chocolate syrup, I was forced to melt down a handful of Hersheys Semi-Sweet Chocolate into the bottom of the cup before pulling the espresso shot into it. Not ideal, but one must be creative in a pinch/ The chocolate chips  happen to also be the topping I used for the brownie topping. As the mocha hinted at the brownie just that little bit, and the brownie hinted right back at the mocha, the two paired perfectly. One plus one equaled six.

Three days to go before Valentines day! If you are looking for last-minute craft projects to do on your own or with your kids in celebration of the occasion, I have put together five easy but lovely Valentine projects you can try at home! GET LIT Give life to plain candles by wrapping them up END_OF_DOCUMENT_TOKEN_TO_BE_REPLACED

During last year’s lengthy lockdown , I delighted in looking through older family photos, specially those of our wanderings and travels. Tapping through thousands of shots became an escape and also a source of joy. I love photographs and their ability to transport me back to places I once visited and experiences I once had. END_OF_DOCUMENT_TOKEN_TO_BE_REPLACED

I would always get inquiries on Instagram about the journals I use so I thought it would be helpful to put together a blog post about it and talk a little bit about my system, as well as the products I use. Maybe it can help out those who are just starting out with journaling END_OF_DOCUMENT_TOKEN_TO_BE_REPLACED