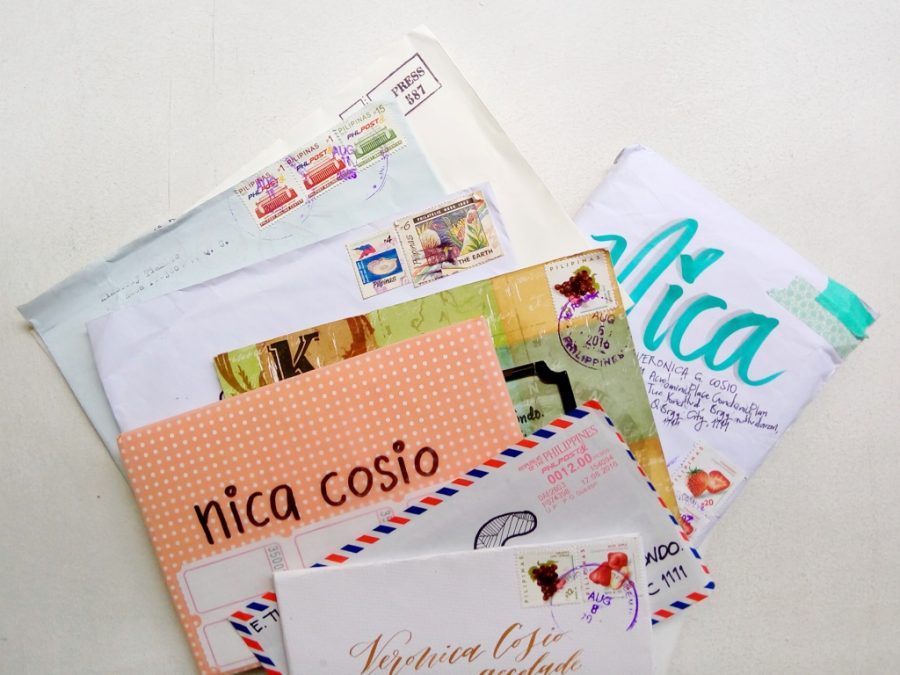 Phyllis Theroux said, “To send a letter is a good way to go somewhere without moving anything but your heart.” And I do feel like parts of me went to different places in Manila  a few months back when I sent handmade cards to the group of ladies who joined my mail swap. And just the same, I was touched to have received thoughtful messages and works of art from the same women. 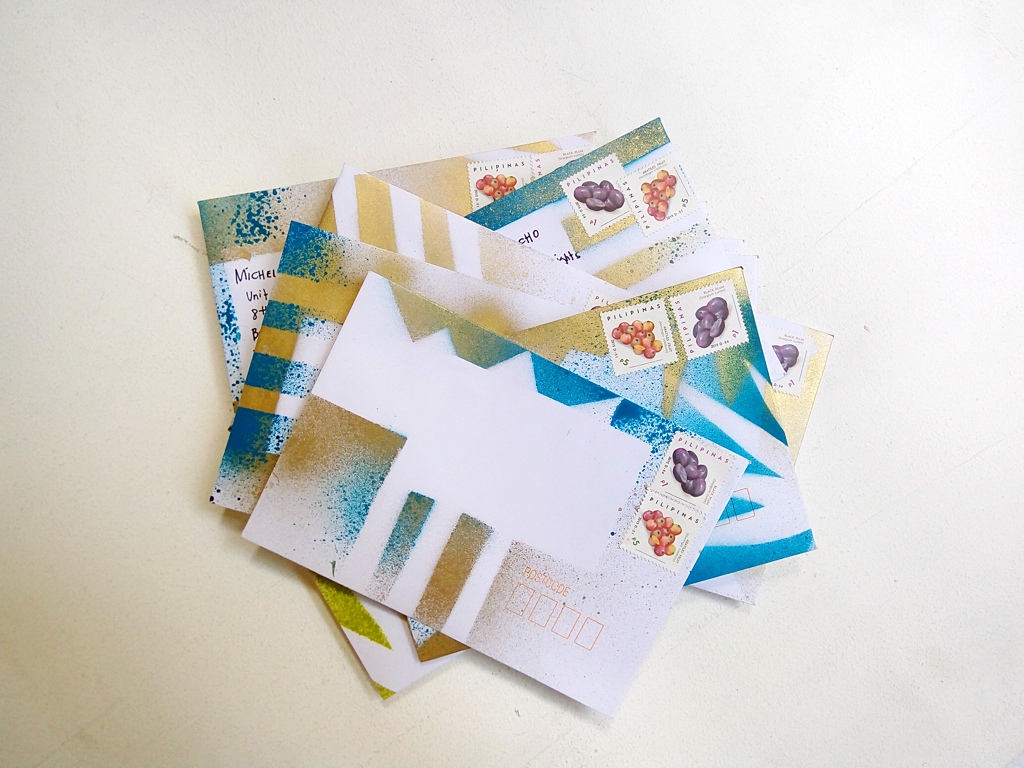 The theme of the swap was “Favorite Movie Lines” and I really had fun collecting film quotes which stuck with me the most through the years. I realized I had a lot of them so I narrowed down my movie selection to five: Elizabethtown, Away We Go, 500 Days of Summer, Before Sunrise and Before Sunset. But aside from just sharing quotes, I encouraged the swappers to prepare their letters or cards creatively. We could use any medium as long as we made them ourselves. And this is where I also think the heart goes out — when time and effort is made to make something nice and special.

I was feeling very adventurous making these. Each card I sent was different. But as you notice, I applied the same three methods to every single one: collage, spray paint, brush lettering.

The front of the cards were collages. They were a combination of pen illustrations, ink prints, washi tape strips, magazine cutouts and watercolor splashes. 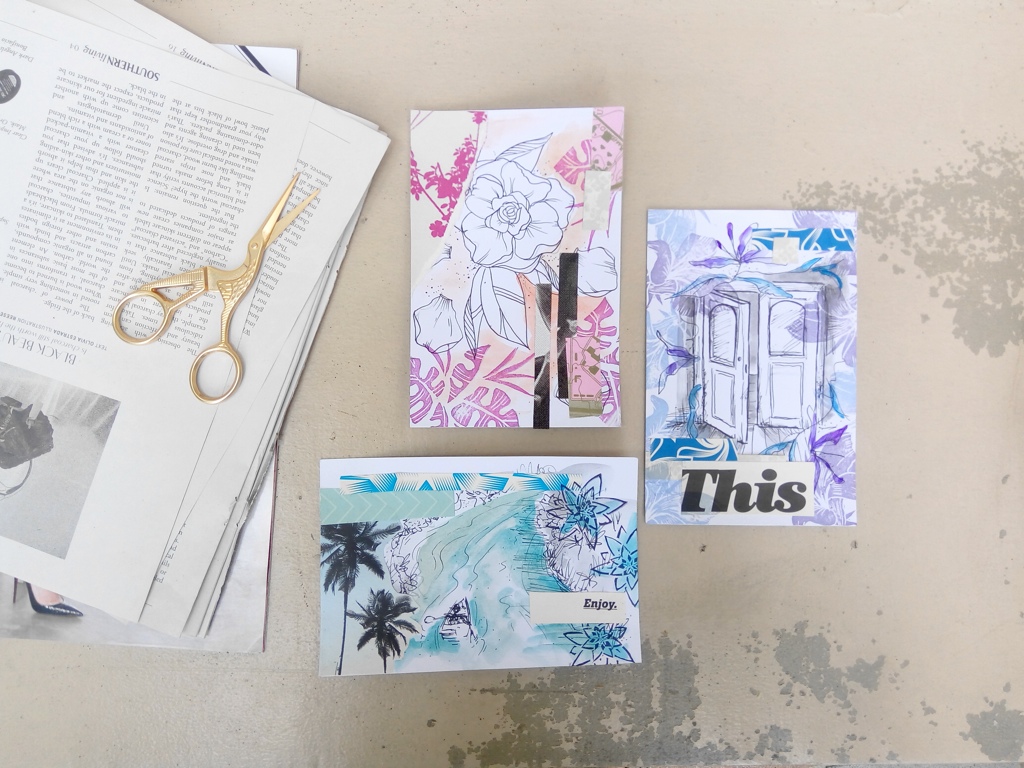 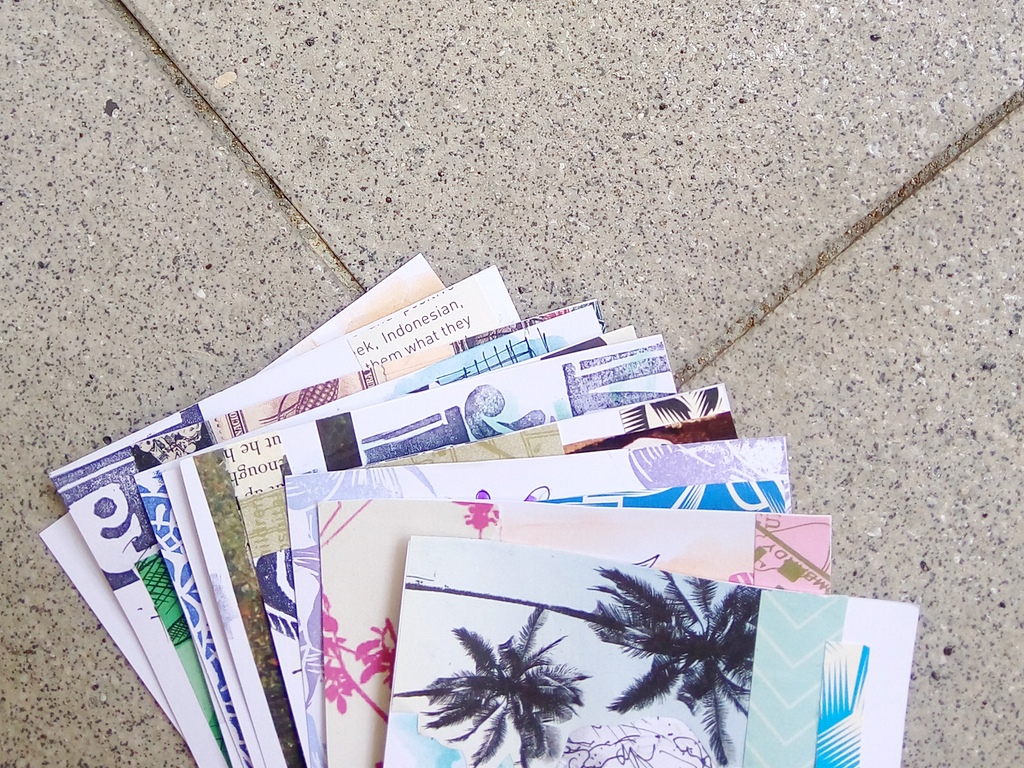 On the back of the collage, I created quirky borders using some spray cans and stencils. Then I scribbled down my favourite movie quotes using my trusty No 24 brush pen. I did the same spray paint effect on the envelopes. 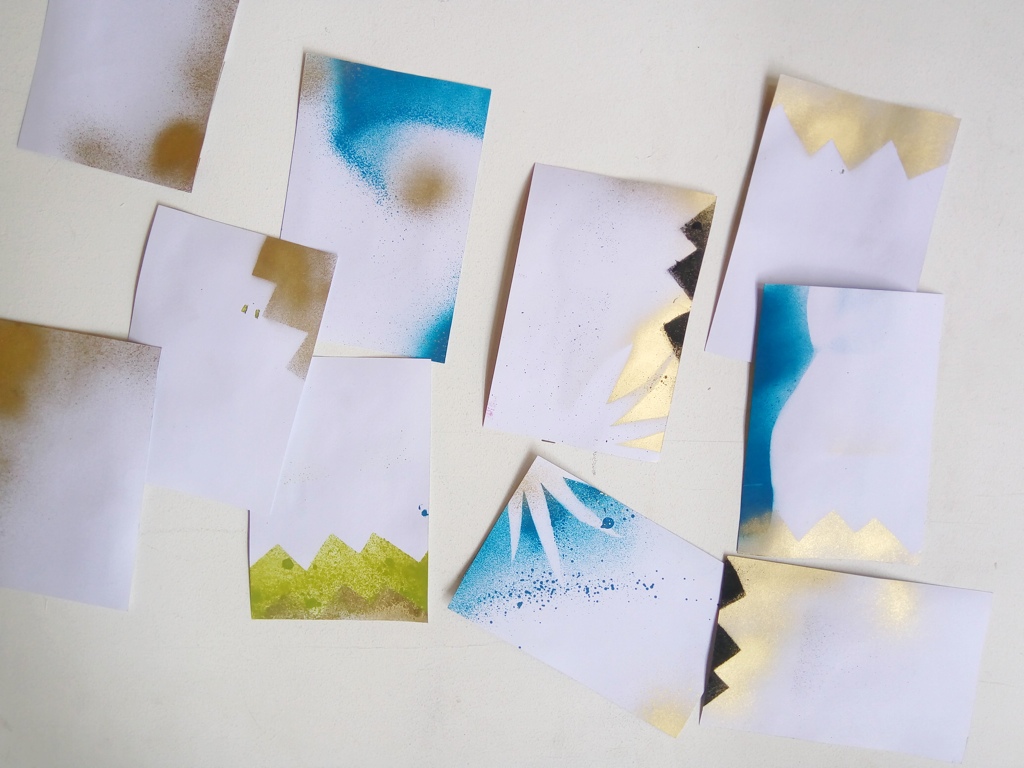 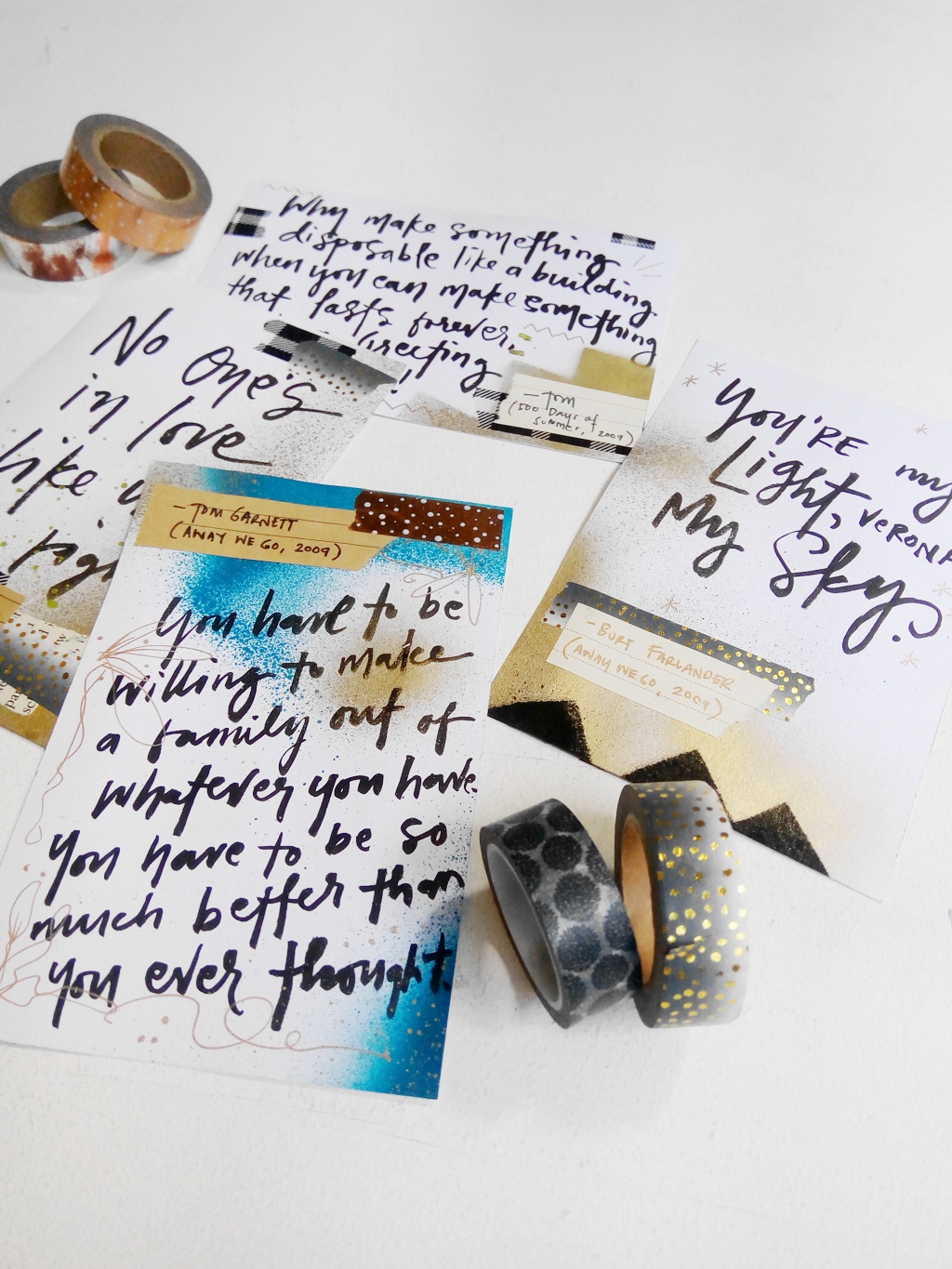 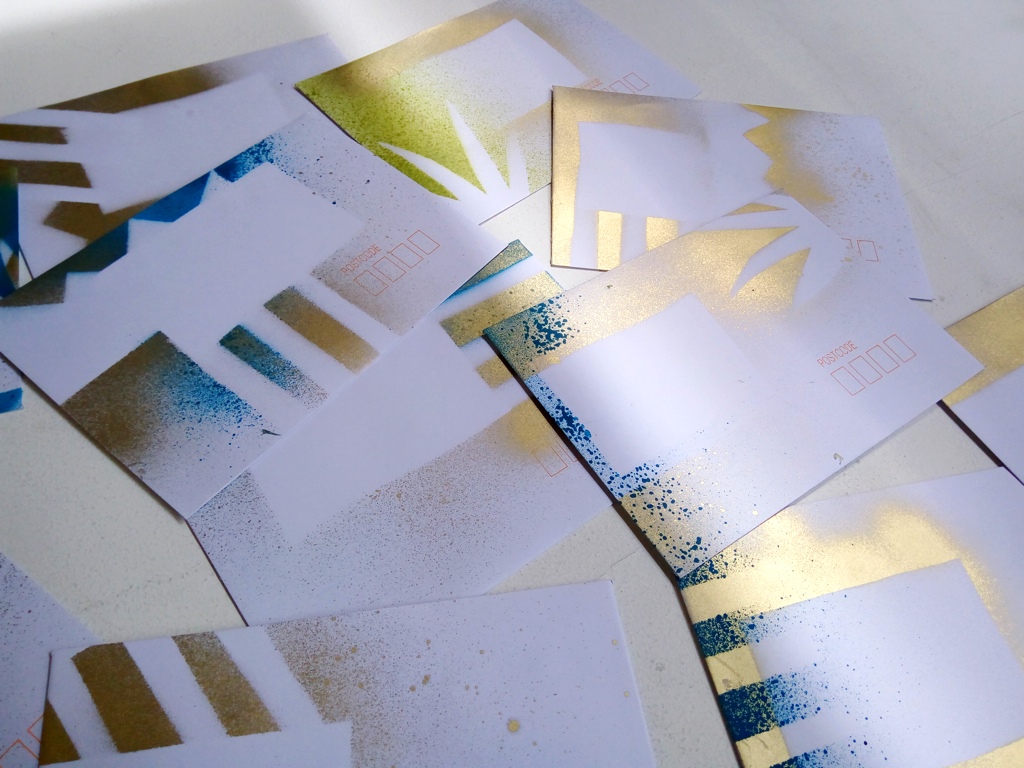 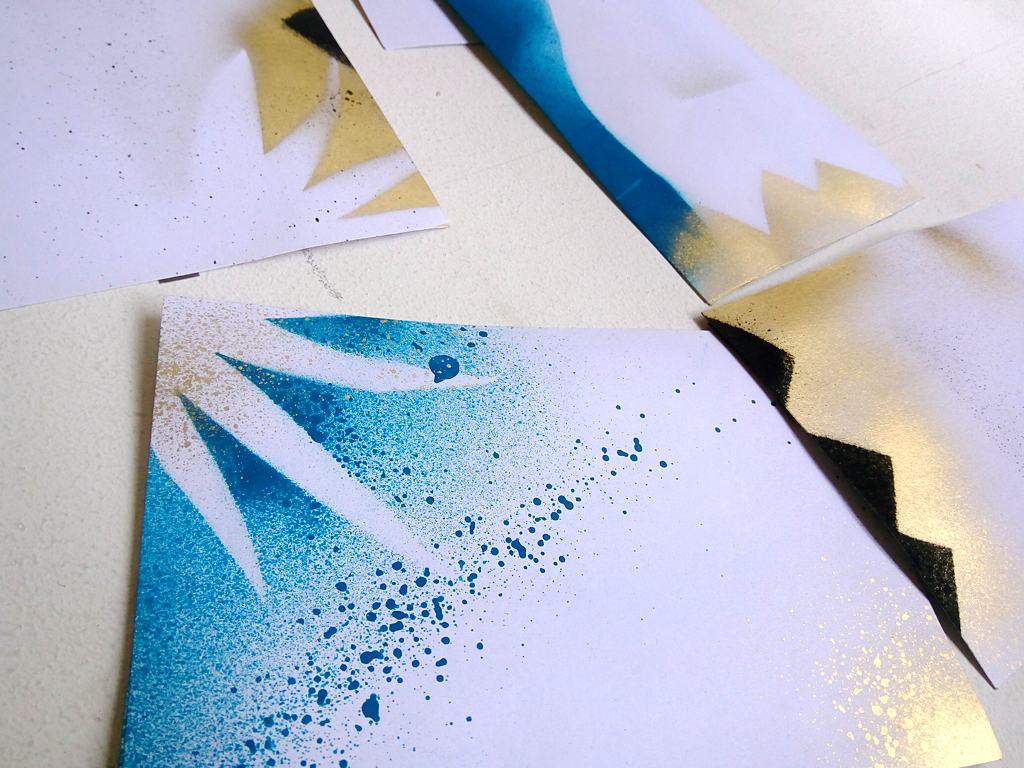 I wanted each person to be delighted when they open their mail. So as a treat, I added some stickers, patterned cards and gift tags to the mix. If you notice, I even tried to coordinate them by color! Apart from the card containing my favourite movie line, I also wrote short messages for each one on a separate piece of note paper. 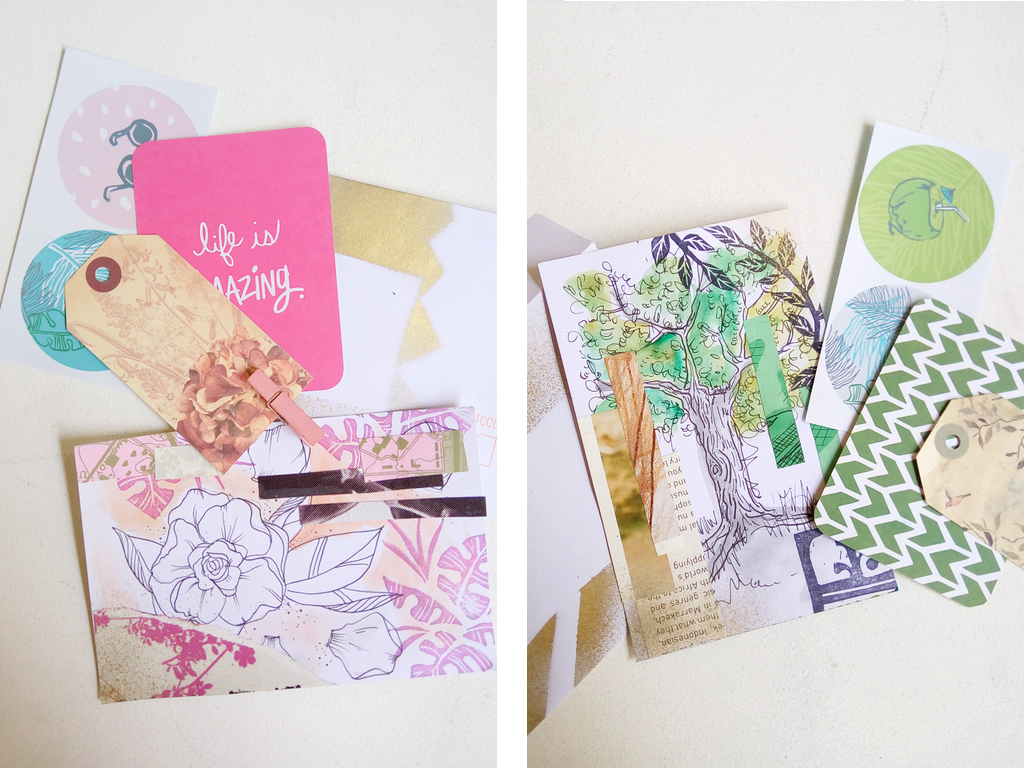 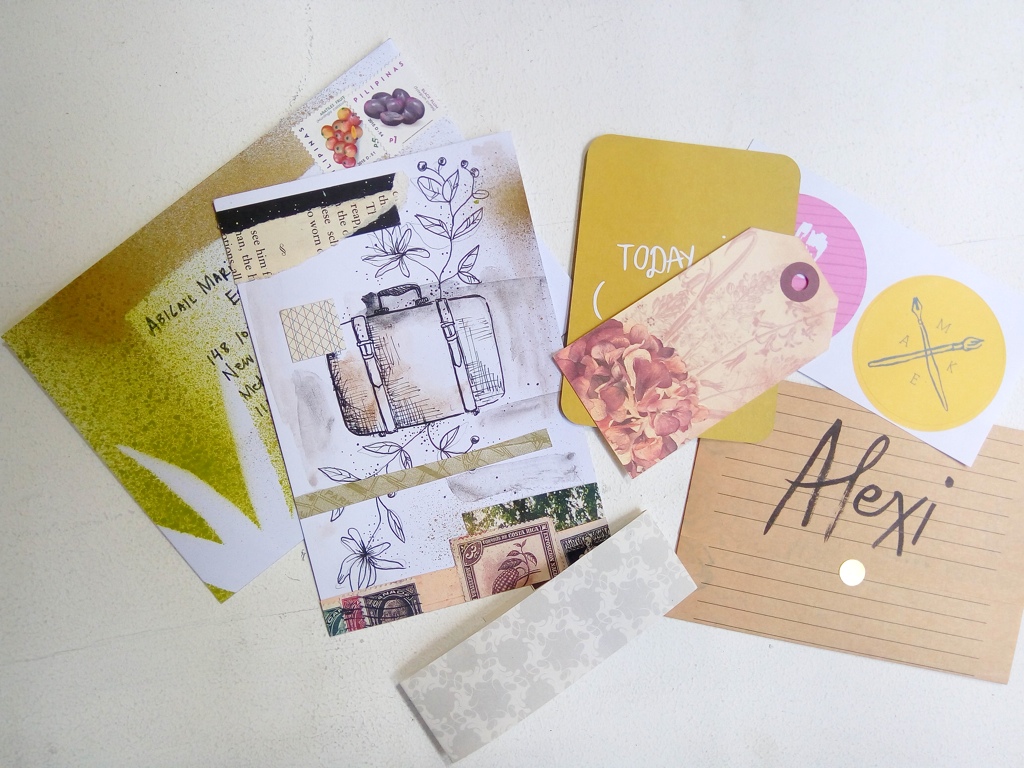 I had sooo much fun putting these cards and envelopes together! Obviously.

A few days after mailing period, letters started arriving to me — some appeared in the building mailbox where I live, while some found its way straight to my doorstep. And it truly was a joy to discover what each one had written and made. It was pretty clear that each of them carefully selected what movie line to share and also took time to make their letters pretty. Some even added gifts! 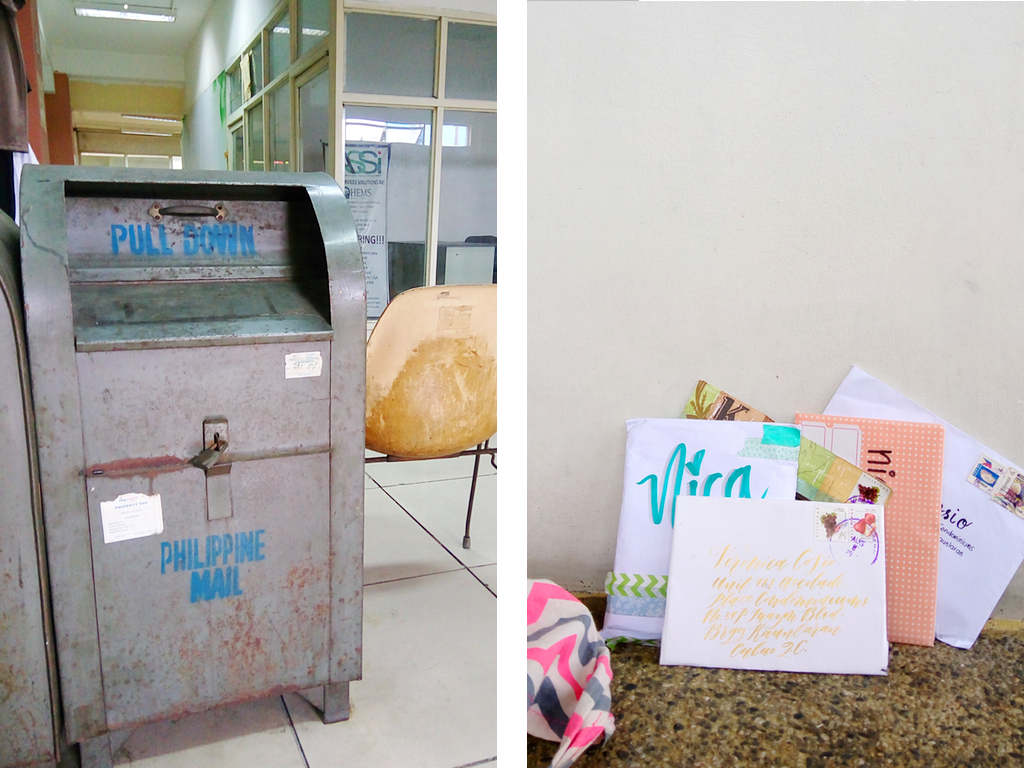 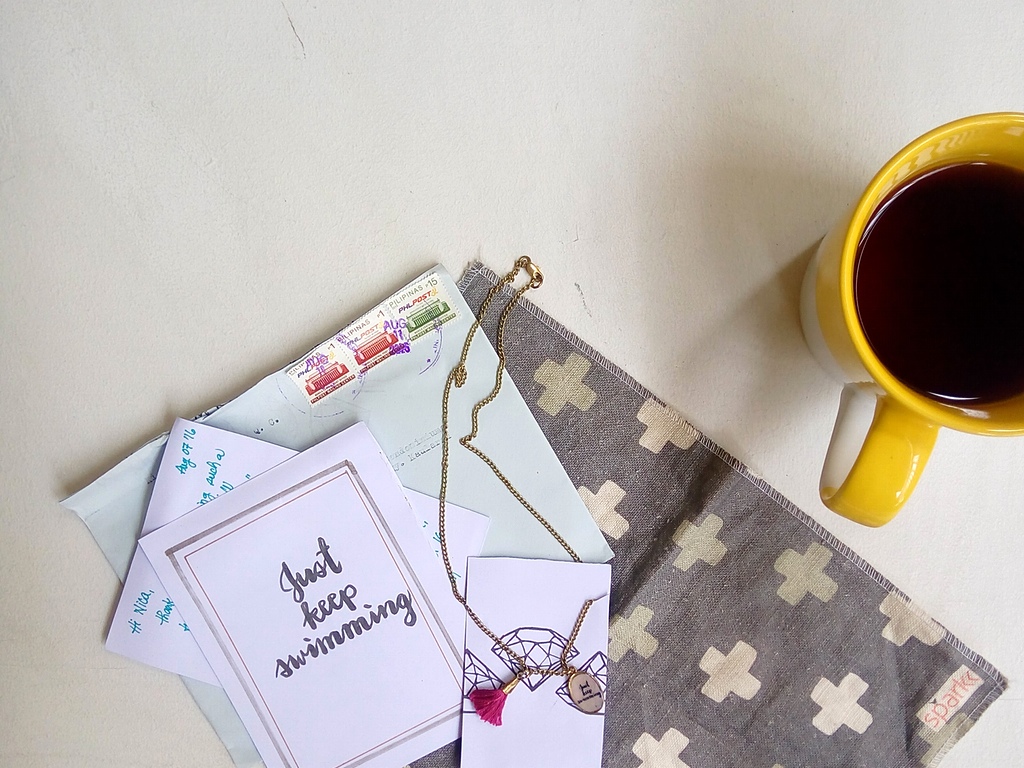 But let’s face it, the Philippine postal service is not exactly the most reliable (At least not in all areas) so, yes, we did encounter many delays. But despite that, these letters often came to me just when they were most needed. Like in the middle of a day that’s not shaping out quite right or just at the beginning of a week that is expected to be stressful. Somehow, the right words come through these letters at the most opportune time, supplying a dose of strength, encouragement, even humour. 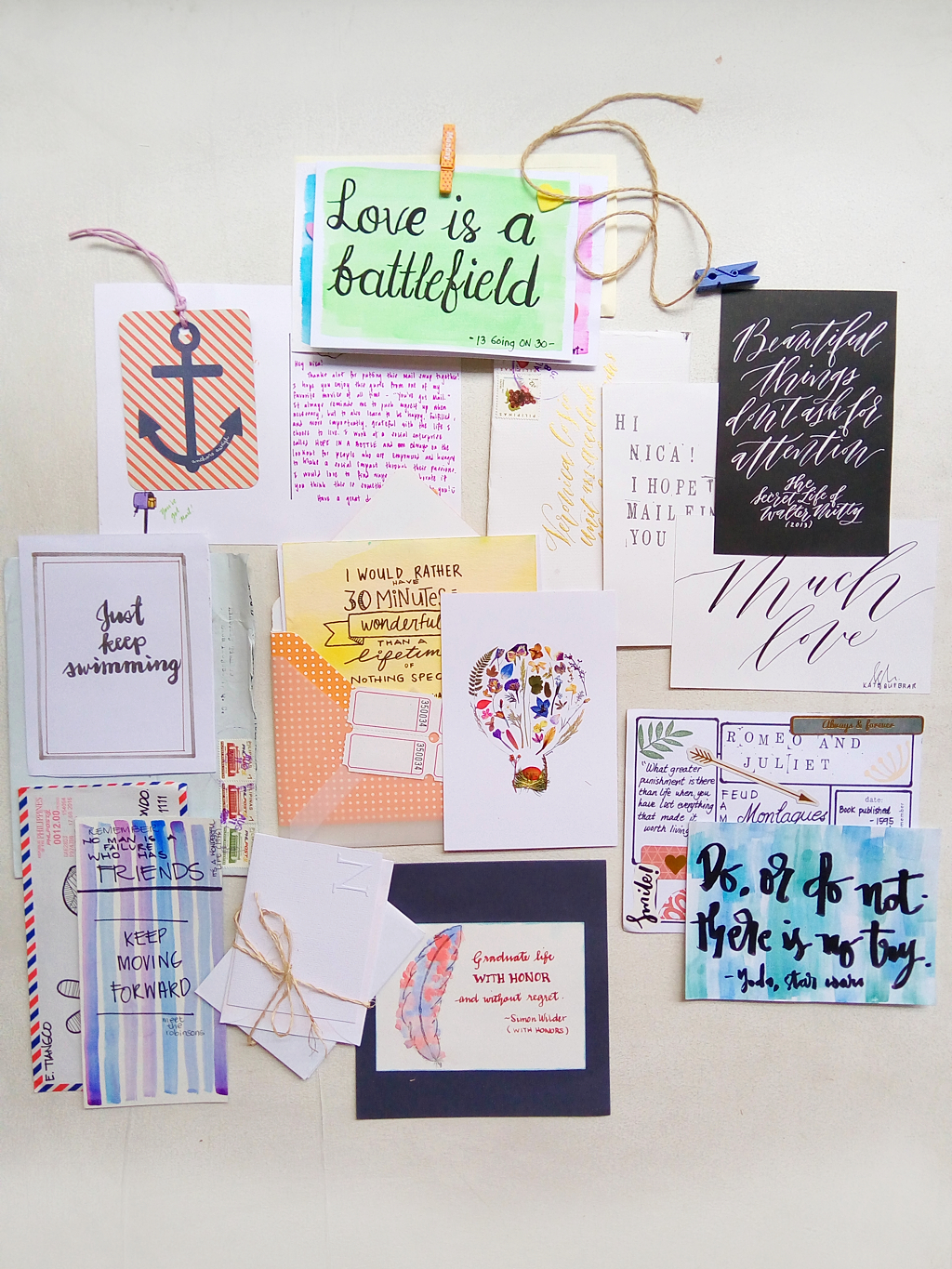 So I’d like to thank the ladies who joined this swap! Thank you for sending a part of yourself to me and to everyone else by sharing your handiwork as well as your favorite movie quotes. You all put a smile on my silly face! I look forward to doing it again and I do hope, some of you, if not all, feel the same way. 🙂

So why don’t we do it again??! I have been itching to do a CHRISTMAS MAIL SWAP! Rules will mostly stay the same except the theme will be: “Christmas Traditions” — share with us some of the things you just HAVE to do during the season. Add in some well wishes for the New Year too (In case mail does not come on time)!

An email response with the Mail Swap mechanics will be sent shortly after.

And to those who worry about having to make ten or twelve cards, don’t worry! I’ll divide swappers into groups of five so everyone would only need to make four! So register now and join me in spreading cheer this season. It’s a mail swap!

Three days to go before Valentines day! If you are looking for last-minute craft projects to do on your own or with your kids in celebration of the occasion, I have put together five easy but lovely Valentine projects you can try at home! GET LIT Give life to plain candles by wrapping them up END_OF_DOCUMENT_TOKEN_TO_BE_REPLACED

During last year’s lengthy lockdown , I delighted in looking through older family photos, specially those of our wanderings and travels. Tapping through thousands of shots became an escape and also a source of joy. I love photographs and their ability to transport me back to places I once visited and experiences I once had. END_OF_DOCUMENT_TOKEN_TO_BE_REPLACED

I would always get inquiries on Instagram about the journals I use so I thought it would be helpful to put together a blog post about it and talk a little bit about my system, as well as the products I use. Maybe it can help out those who are just starting out with journaling END_OF_DOCUMENT_TOKEN_TO_BE_REPLACED