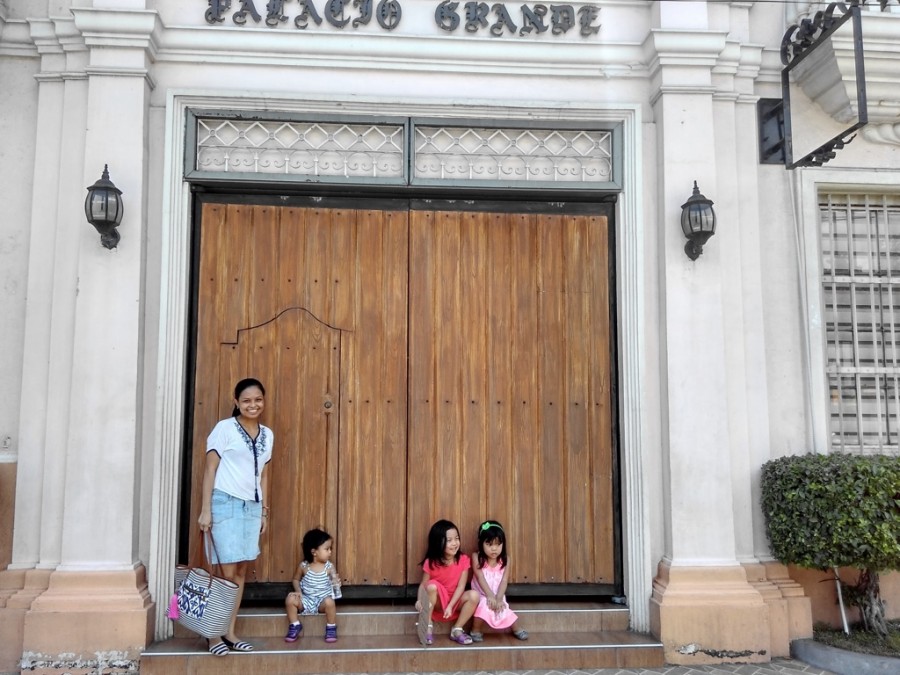 My family and I have been having a pretty great summer! The surprising thing is that it’s not because we went on a vacation or a trip (because we really haven’t!) but because we are fortunate to have been given opportunities to be involved in a number of different interesting events in the city. I’m particularly really thankful to have been part of Design Week PH last month with the Craft Camp PH team — Alessa Lanot, Mansy Abesamis, Mikko Sumulong and Macy Alacaraz. Our last project together was an out of town camp which happened October last year so it really has been quite a while. It was nice to work with them again and collaborate.

Design Week PH was actually composed of many smaller events, all of which took place inside Manila. Ours was a “Day Camp” at Intramuros, where we facilitated two new craft workshops by combining different projects together. So participants who register to join a workshop get to learn, not just one, but two crafts!

Alessa and Mikko did a weaving and doodle-pattern making session to create pretty clutches.

Mansy and I partnered to create hand-stamped pottery. First, I taught participants how to carve their own stamp designs, then Mansy taught slab pottery. After which, they used the stamps they made to decorate the clay pieces they created. It was a lot of fun and I got to make my own too!

We held the workshops in a quaint little cafe inside Casa Manila called Barbara’s, which, apparently, has been there for decades! And being in a place full of history and beauty, I believe, added so much charm to the crafting experience. It was actually a hot day but we didn’t really mind. People came to make pretty things and that’s all that mattered.

Kayo and the girls actually brought me there that day and instead of leaving, Kayo took advantage of being at Intramuros and took them around on a historical adventure! “We visited the castle,” as Emma put it, referring to the old churches they visited. They went inside Manila Cathedral, looked at the statues and relics, even visited Cardinal Sin’s crypt. Later on, they went inside the San Agustin Church Museum, which is still very beautiful. Kayo said he was impressed by how well they kept the place.

LEFT: Jo specifically loved this statue. Hmm, I wonder why… RIGHT: KIds were so curious why Saint Peter is holding such gigantic keys!

The girls enjoyed walking through high-ceilinged hallways, looking at age-old tower bells, opening drawers and drawers full of antique vestments, as well as learn about the paintings and statues that fill the walls.

I felt a tiny bit sad about missing it all and not being able to explore the walled city with Kayo and the girls but at the same time, I was really happy that they had a good time with their Papa.

Even the streets of Intramuros were filled with life that day! There was live art painting, musical performances, a local goods market, bubbles, children at play everywhere and many many interesting little things to see. But just as it is, Intramuros proves that it’s still very beautiful and worth visiting. Honesty, it would not have occurred to me to bring the kids there this summer if it weren’t for Design Week PH. Thanks so much to Alessa for inviting me to get involved. It was great that the kids experienced it all — the history, the art, the culture — all at once!

Speaking of great art experiences, I’m currently writing this post from Bonifacio Global City where we’re having the 2nd Art BGC Mural Festival, directed by Kayo in partnership with the city and Le Basse Projects. We have both international and local artists filling the streets of the city with color and awesomeness this entire week until the 21st of May. You can walk to the sites or simply do a drive by to watch all these murals take shape (Check out map below!). I personally haven’t seen all of them so I’m excited to go exploring with the girls for the next few days. I hope you come by so you witness it all for yourself!

Previous Post:
A Playful and Creative Summer
Next Post:
One Year of Friendship, One Year of Crafts

It’s that time of year again and I’m pretty excited to set up and start another December Daily journal! It’s one of those little Christmas traditions I’ve set for myself which allows me to navigate the season with a little bit more intention. It’s a practice that allows me to find a more personal meaning END_OF_DOCUMENT_TOKEN_TO_BE_REPLACED

The girls and I were very fortunate to have been invited to the opening party of a new creative space and craft shop in Marikina City called TATY. That stands for Thrive And Trove Yard! Formerly known as Woak PH on Instagram, TATY is essentially a kids’ maker studio that promotes skill-building activities and provides END_OF_DOCUMENT_TOKEN_TO_BE_REPLACED

My daughters, Summer and Jo, started taking ballet classes last August. But last week, they attended their final session. They’ve decided to try and explore other things for now. Even so, I was actually surprised to see them enjoy ballet as much as they did. I really didn’t expect it. They enjoyed it so much END_OF_DOCUMENT_TOKEN_TO_BE_REPLACED