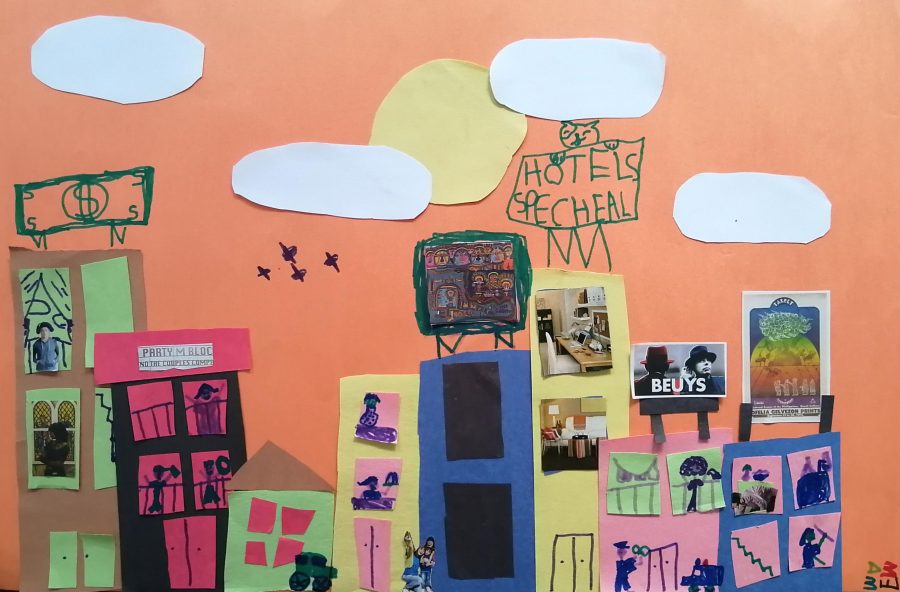 In June, when the Black Lives Matter protests just began to escalate again in America, and we, ourselves, in the Philippines started rallying, both online and offline, for the eradication of the Anti-Terrorism Bill, many of our conversations at home involved issues regarding social injustice, race, equality and freedom of speech. Naturally, our children had many questions but we saw it as the perfect opportunity to learn about these topics together with them.

It was their first time to learn about race, so for our June artist in focus, we decided to learn about another talented and revolutionary artist named Jacob Lawrence. He was someone who used his art to talk about the important aspects of the African American history and experience.

One of his great works is the Migration Series from 1941, where he painted 60 pieces depicting the gruesome racial and economic struggles millions of African Americans faced in the South, how they left that place and moved to the North and West in search of better lives. He portrayed life in those times in a very vibrant and expressive figurative style, making it so compellingly vivid to the viewer. He made it easy to interpret the stories he wished to tell and made them quite so relevant.

Here are more articles and videos you can read and watch with your kids if you wish to dive deeper into the life and work of the Jacob Lawrence:

PROJECT 1: This Is My City

This first project is based on Jacob Lawrence’s piece called “This Is Harlem” which depicts a regular day in Harlem, New York, where over a quarter of a million African Americans have migrated to from the South, including Lawrence’s family. It shows his colorful neighborhood — people walking, local businesses, the traffic, the tenements, a church and many other aspects of their lively culture.

This piece shows how observant Lawrence was. I can just imagine him looking out his window to absorb the smells, sounds and busy scenery in his city. And it also gives you an idea of what life was like during his time growing up in Harlem. Here is another painting of a common scenery in Harlem.

Jacob Lawrence was often inspired to highlight major historical figures in his work. One of those he took inspiration from was Harriet Tubman, an American abolitionist and political activist who made it her mission in life to rescue and free slaves. Lawrence created a series of 31 paintings documenting black perseverance and their fight for freedom.

Harriet Tubman #4 appealed to us the most. It portrays four people leaping into the air and somersaulting in complete and utter freedom. Even though the people have no distinct facial features, it’s clear that they are happy in the way their limbs are outstretched and how they seem to be floating in the air.

Inspired by this piece, we created marionettes with outstretched and moveable limbs.

There are many basic things we take for granted, like the roof above our heads, the food we eat, our freedom to dance, leap, sing and speak our minds. We forget that many people did not or still do not have the same liberties we do. Learning about Jacob Lawrence allows us to look closely, not only on the long history of slavery and injustice, but also on why it is important that we continue to fight for freedom and equality for all people. For everybody deserves to leap for joy and live in a city where they can be free to be themselves.

2021 was a particularly unique year to our family. And it wasn’t only because of the pandemic but also because we lived a large part of the year in the town province of San Juan, La Union. What was meant to be a two-week visit to surftown for my birthday almost immediately transitioned to Kayo END_OF_DOCUMENT_TOKEN_TO_BE_REPLACED

Three days to go before Valentines day! If you are looking for last-minute craft projects to do on your own or with your kids in celebration of the occasion, I have put together five easy but lovely Valentine projects you can try at home! GET LIT Give life to plain candles by wrapping them up END_OF_DOCUMENT_TOKEN_TO_BE_REPLACED

During last year’s lengthy lockdown , I delighted in looking through older family photos, specially those of our wanderings and travels. Tapping through thousands of shots became an escape and also a source of joy. I love photographs and their ability to transport me back to places I once visited and experiences I once had. END_OF_DOCUMENT_TOKEN_TO_BE_REPLACED