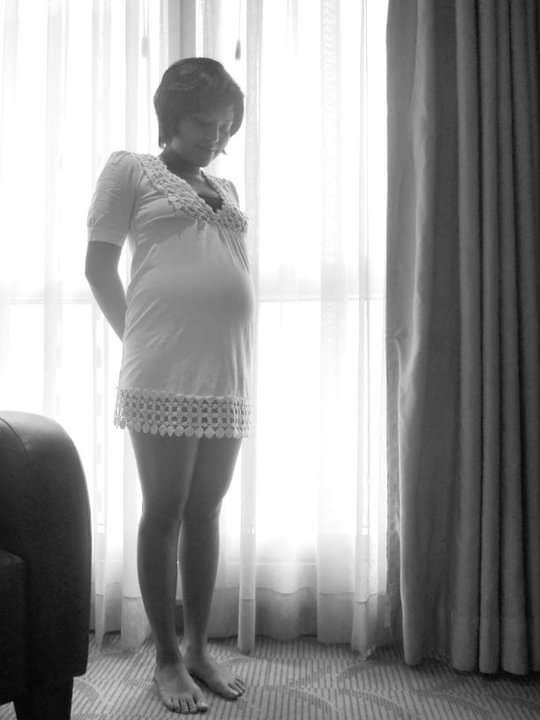 It was heaven and hell. The best of times and worst of times. Bliss and pain. This was my first pregnancy.

I’ve always wanted to be a mother and bear my own children so it was never really a question of whether I wanted to be pregnant or not. I just didn’t exactly understand what I was in for. No woman can ever claim to be completely ready for it after all. My mother, mother-in-law and every other mother I was friends with were generous in sharing with me their own experiences of pregnancy at the time. From their stories, I have come to see that it is a unique journey for every woman and every child carried.

In separate occasions, they told me about their experiences of morning sickness, exhaustion, mood swings, peculiar cravings and physical change. Since none of them experienced these things in exactly the same way, I still had no idea how my own pregnancy would turn out.

I knew one mom who never experienced morning sickness in any of her seven pregnancies but she would occasionally pass out and it greatly worried her entire family. I had some friends who did experienced the so-called “morning sickness,” but only at night. There were those who only wanted to eat bland food all day and some who constantly craved for intensely sour foods. All these different stories were odd to me until, eventually, I experienced my own set of strange gestational symptoms.

First, I hated baths. Stepping into the shower would almost immediately make me want to throw up, especially if I had to take a bath in our own bathroom. It was clean, but there would always be something about the smell that repelled me in there. I could never point it out. Was it the shampoo? The flowery-scented soap? Maybe the mildest pungency of used towels or dirty clothes? Perhaps it was just the smell that emanated from the aged bathroom tiles in our studio apartment. Whatever it was, it would make me retch every single time.

The term “morning sickness” was an even bigger joke to me because I would feel sick and nauseous all day — morning, noon and night — everyday for the first four months. I could not get a break. And all I would want to do was lay down in bed with a glass of ice chips. But I would always feel hungry too! And once food was served to me, I would instantly, as if on cue, lose my appetite. I was never particularly fond of Sky Flakes crackers, but they were all I could really eat and keep down. So that’s what I would eat when I could.

When I finally gained some appetite back, I started eating everything. I heard or read somewhere that I was now eating for two, so it’s okay to just eat. This was especially true if keeping down food was a problem in the beginning of pregnancy. So I ate and it made me happy to eat. Unfortunately, just when I was beginning to enjoy tasting food again, I was diagnosed with gestational diabetes. This meant my blood sugar levels were going berserk. And the longer it stayed that way, the chances of my baby getting badly affected would escalate. So it became crucial that I stabilized it by managing my food intake. Now this didn’t actually mean eating less. It was more about keeping a well balanced diet. In other words, I had to eat way more vegetable than usual and none of the delicious sweets I had just started to appreciate again. There were zero cheat days too. It was such a strict diet that I was told to carry a measuring cup in my purse wherever I would go to make sure I was getting the proper amount of food each meal. Even my precious packs of Sky Flakes were counted and rationed. So of course, I felt miserable again. So miserable that I would cry myself to sleep because I couldn’t have a juice box.

As my belly continued to grow, I got more easily exhausted. I also got more irritable and emotional. I was anxious about the future and hungry for some kind of normalcy. It was ironic because while my body was at its peak — creating another human inside of it, forming organs and giving life — I also felt as if my person was slowly deteriorating. I took up more and more space but felt less and less like myself.

The changes in my body were too wild and foreign, it seemed as if my mind could not keep up. The people around me, especially those who knew I’ve always wanted to be a mom kept reminding me in their own sweet and caring ways that finally, here is my dream coming true. How beautiful! I would nod and smile politely as if to say, “yes, thank you, that is true.” But in the very depths of me, I had my doubts. Fearful thoughts would haunt me while this tiny ball of energy somersaulted in my belly.

“I can’t even stick to my diet without falling apart, how am I going to push this baby out of me? My emotions are out of whack, and my moods so unpredictable, how can I possibly be capable of caring for a child? Am I really, truly ready? Am I right for wanting and pursuing this?”

You know what’s funny? Three pregnancies and healthy births later (almost nine years in total), I still find myself lying awake at night, tossing and turning with these similar doubts and questions in my head. I may not be pregnant but I still find myself constantly dealing with these wild and foreign changes in my life brought about by having children. My home is full of life and growth, but just like on my first pregnancy, I still feel as if I am somehow deteriorating, slowly and painfully. Is this normal for every mother or is it unique to me? I don’t know. Does every mother feel like having and raising children is the greatest gain ever and at the very same time a constant subtraction from her being? Perhaps a mother’s wholeness is met in the continuous and unconditional giving of herself. I certainly feel like it is so.

That moment I found out I was pregnant with my first child, I knew for sure that my life had already started to change and it was but a gateway to a thousand more transformations I would have to face.

Previous Post:
Welcome to The Carlos and Veronica DIY Wedding Retrospective
Next Post:
Five Things This Week: What Day Is it? 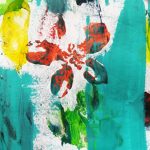 Picking up where we left off, I am sharing two more Monet inspired projects my daughters and I did at home last month which I’m pretty sure grown ups will enjoy just the same. These projects invite you to go spend some time outside the house, just as far as you can manage while still END_OF_DOCUMENT_TOKEN_TO_BE_REPLACED 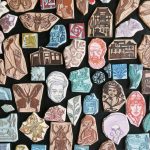 In the face of all the many different things that were cancelled or put on hold this year, I managed to push through with my 100 Day Project. I’ve been taking part in this challenge for the last 5 years and I always enjoy the process of delving into a new creative venture and seeing END_OF_DOCUMENT_TOKEN_TO_BE_REPLACED 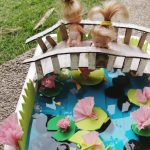 If David Hockney prompted us to explore the minute details of the indoors last March, Claude Monet inspired us to look outside and enjoy the natural beauty of the outdoors throughout the month of September. Unfortunately, we didn’t go walking in the woods or traipsing by a bubbling brook, as one would imagine Monet doing END_OF_DOCUMENT_TOKEN_TO_BE_REPLACED