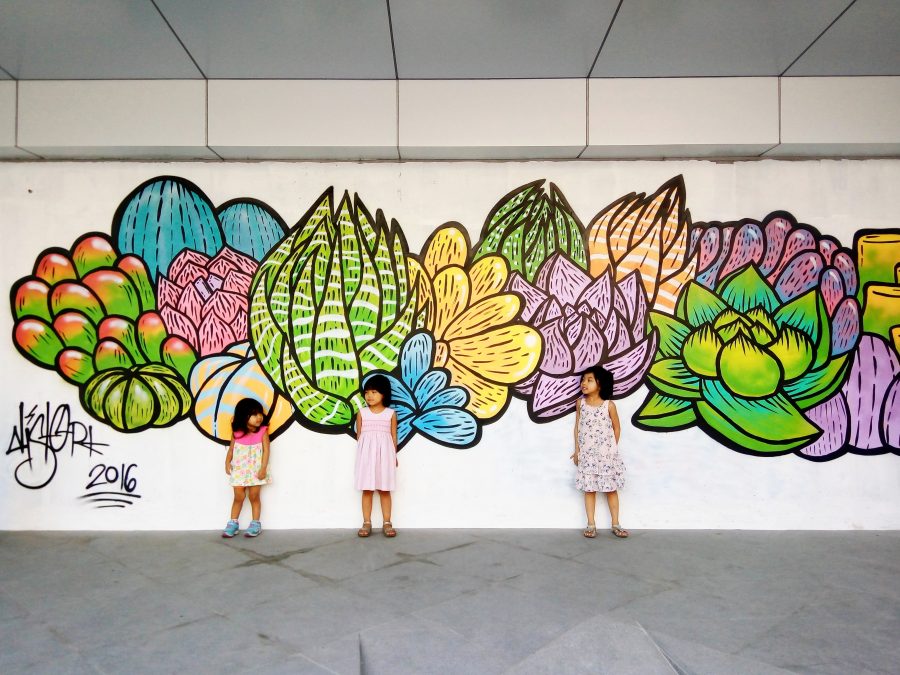 The month is almost over. It’s usually a cause of panic, but for once, I’m really excited about how the days are coming and going the way they are. January has been good to our family and it really seems like we’re off to a great start this year. 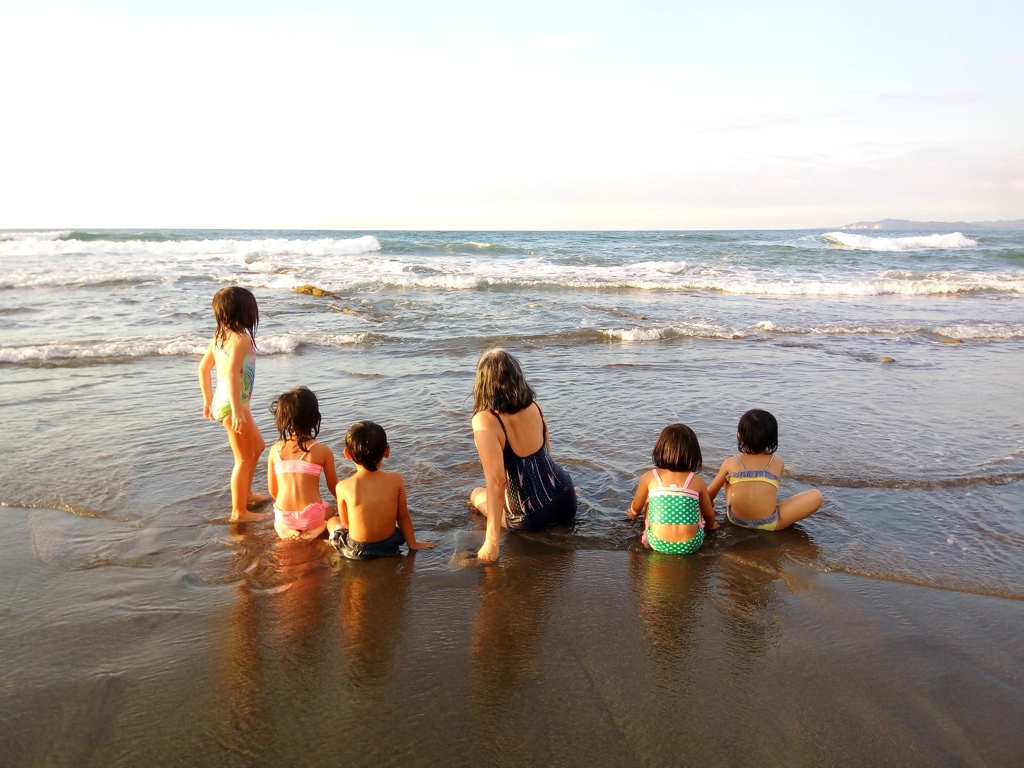 Before hitting the “hustle button” this 2017, our family decided to welcome the new year at surf town. It was our first time to spend new year’s there and I was really glad we did. I found quiet moments to just sit, reflect on life and dream for the future. I would have been able to make that happen in the city too, but the sight of the ocean waves, the cool breeze and simply being enveloped by nature makes that a lot more easy to do. 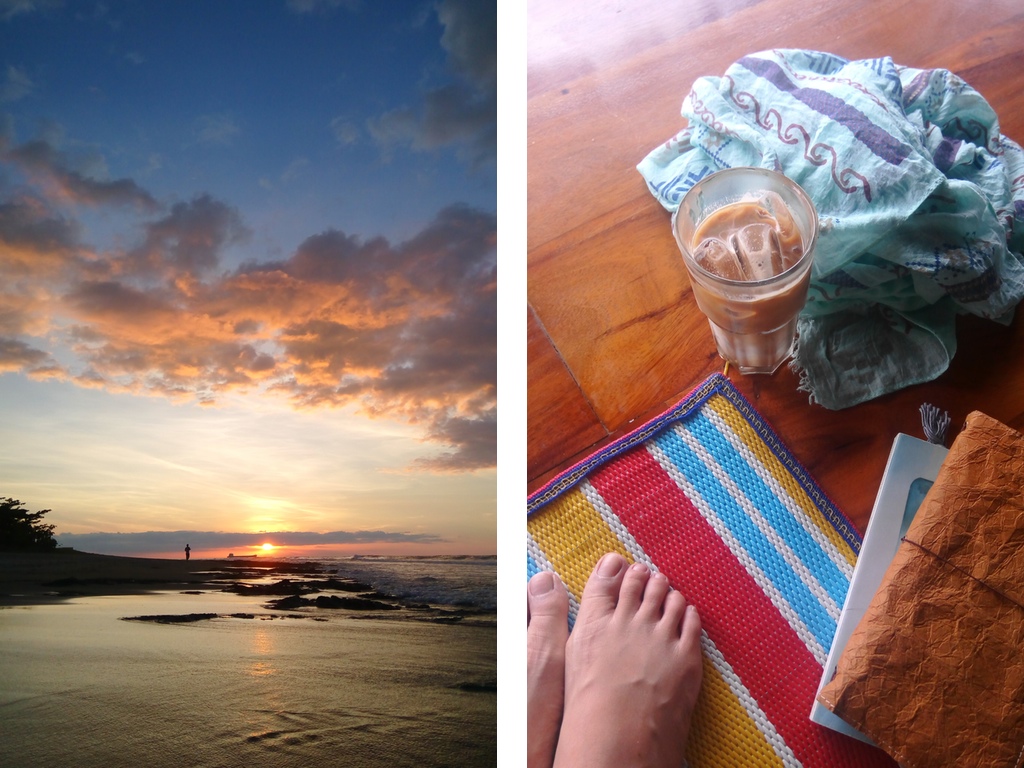 I started art journalling again after almost two years of not doing so. Yes, I know. It’s a surprise coming from a crafter and scrapbooker like me. But this year I decided to do it weekly and I’ve been doing well and enjoying it so far. I really REALLY hope I can keep it up throughout the year! 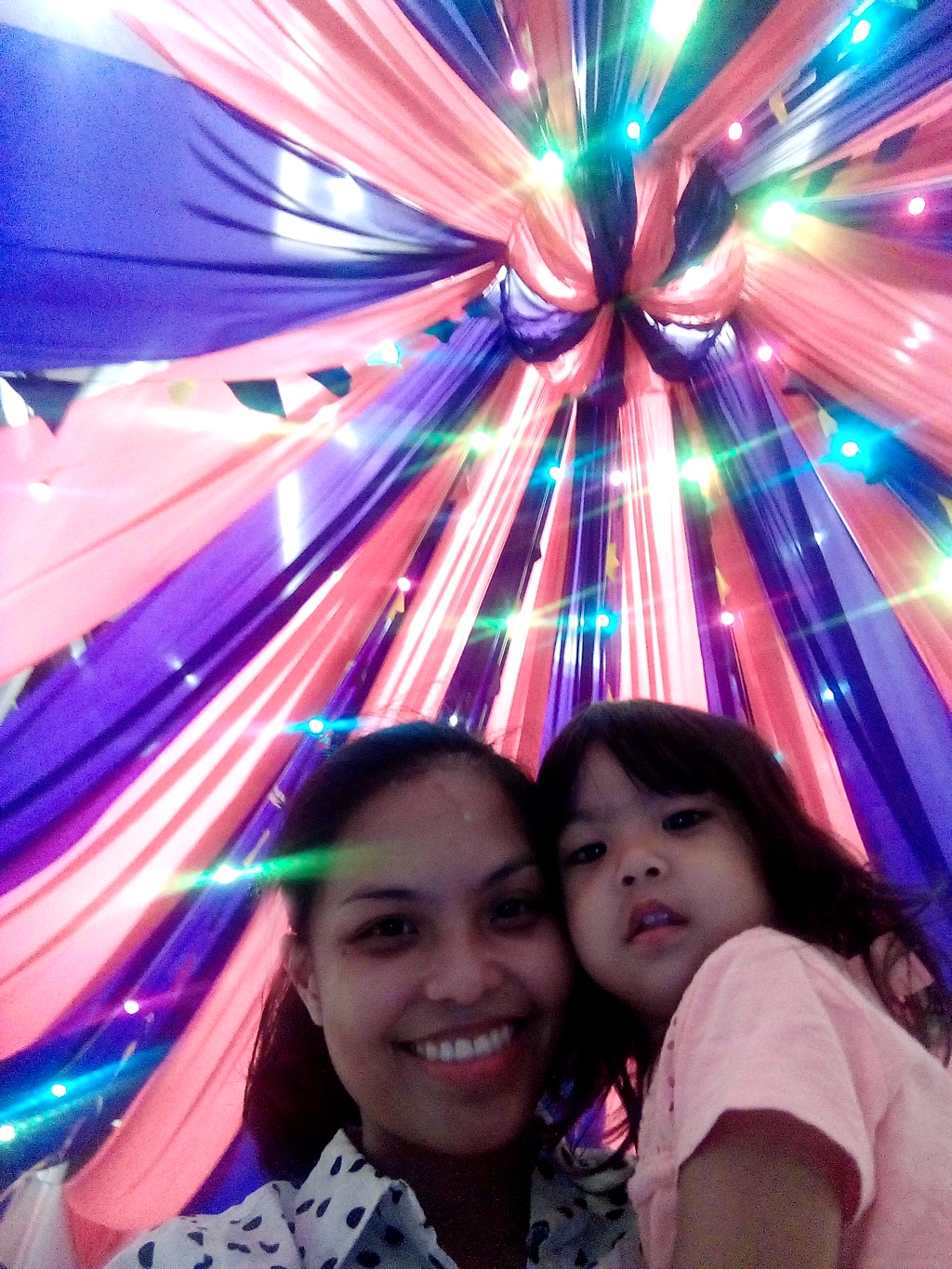 Just a couple of days after getting back from LU, we took the kids to see the circus at the Big Dome. Weeks prior to Christmas, every time we were at Cubao (where Kendo is!), the kids would always
point to the posters and banners of the circus and would ask to go. So we did. I must admit, this one wasn’t as grand and fantastic as Cirque Du Soleil, which Kayo and I saw when they came six years ago, but it was also very entertaining and exciting. The kids particularly liked the girl in hoops, the fire stunts and the swing. I also think the snacks — popcorn and cotton candy — played a significant part in their entire circus experience. They will never forget it! (Sorry for the lack of photos! We barely took any that night!) 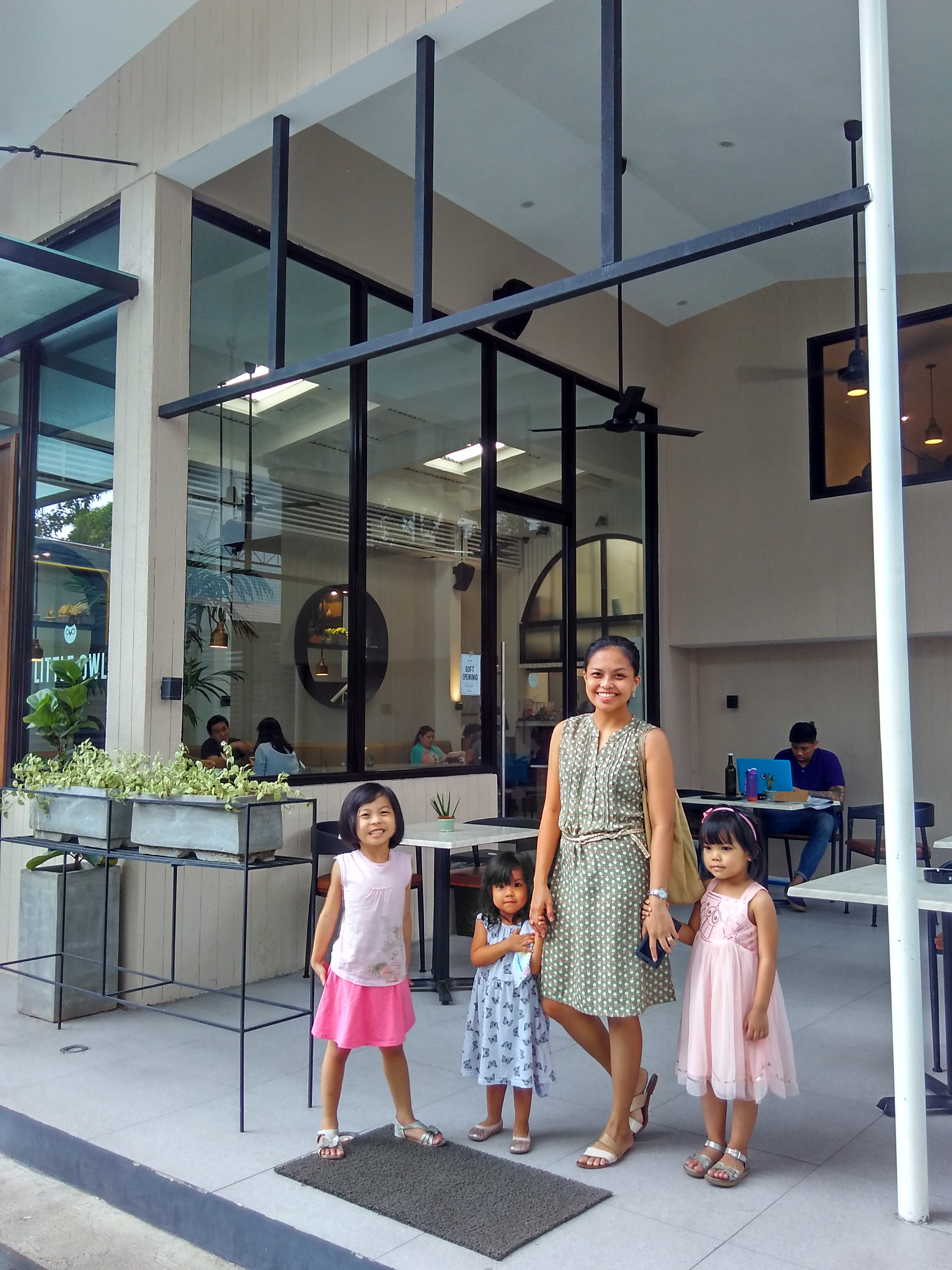 One lazy Sunday, Kayo decided to take us out on an afternoon coffee crawl around the city. He has been wanting to visit all these coffee shops that had popped open in our area just the last half year. So
when a free day presented itself, we thought it was a good time to do so. We went to four that day: Little Owl, The Brewology Cafe, Cup Fiction and Common Folk. 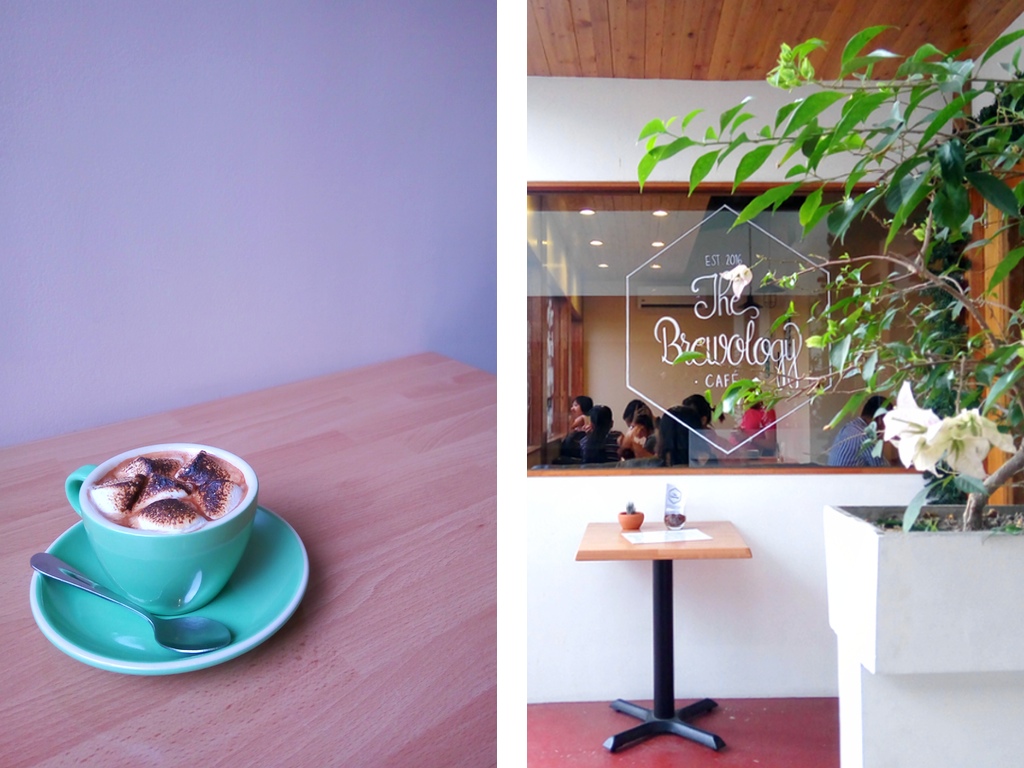 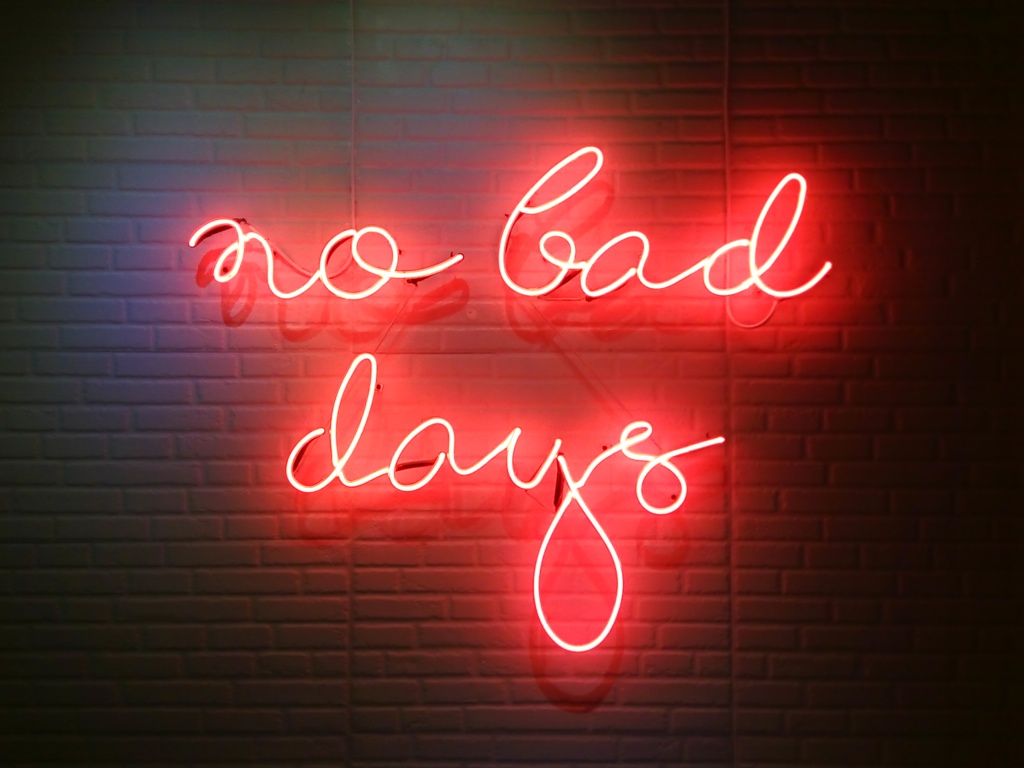 Each had something good to offer as well as a thing or two that may need improvement but one thing’s for sure, the QC coffee scene is on a great stride and you will definitely never be left wanting for a good cup of coffee in this part of town. (Wait for Kayo’s more detailed post!)
OLX.ph 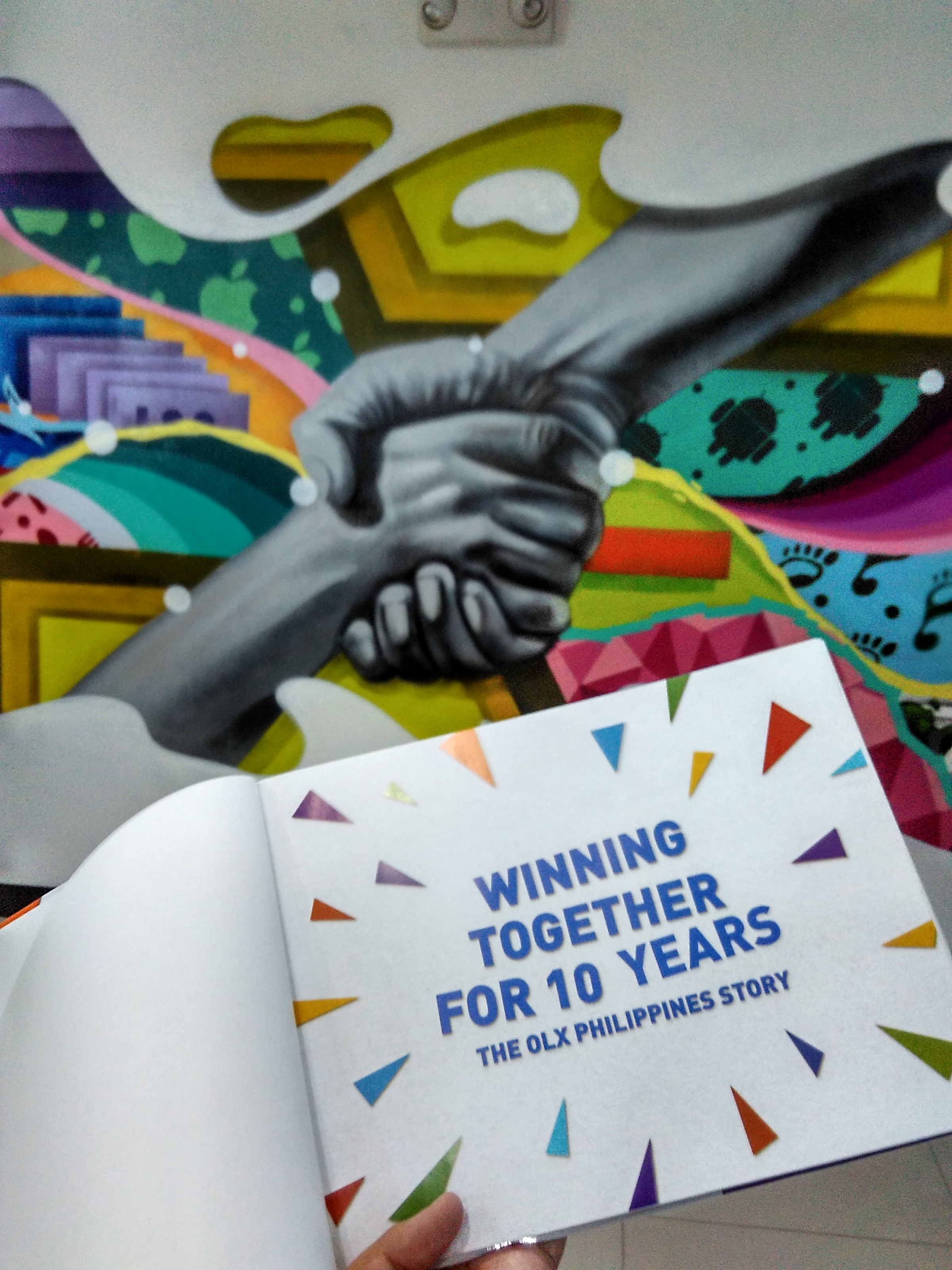 Honeycomb Arts produced another mural project late last year, this time for OLX.ph’s HQ in Manila in commemoration of their 10th Anniversary. The mural was unveiled on January 13, created by Egg Fiasco and portrayed the history and culture of OLX. Check out this time-lapse video of the project: 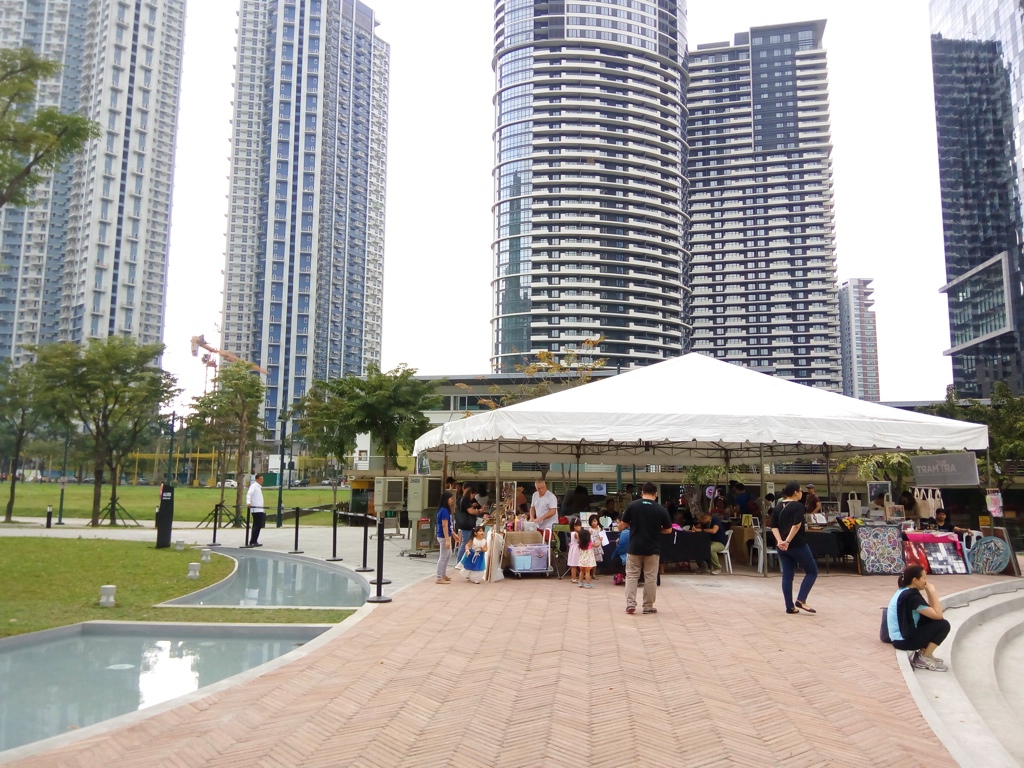 We held the first Art Mart of the year at the outdoor grounds of the newly-opened BGC Arts Centerduring it’s grand weekend festival last Jan 14-15. Honeycomb has been co-organizing Art Mart since May last year and this is the fourth one since. 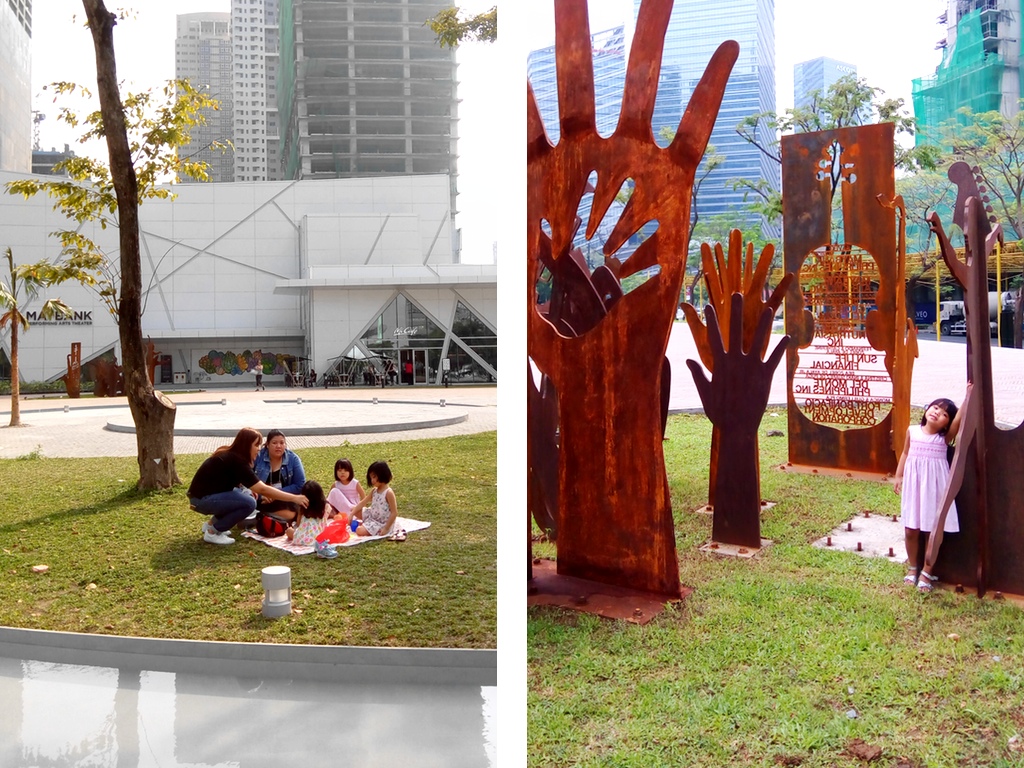 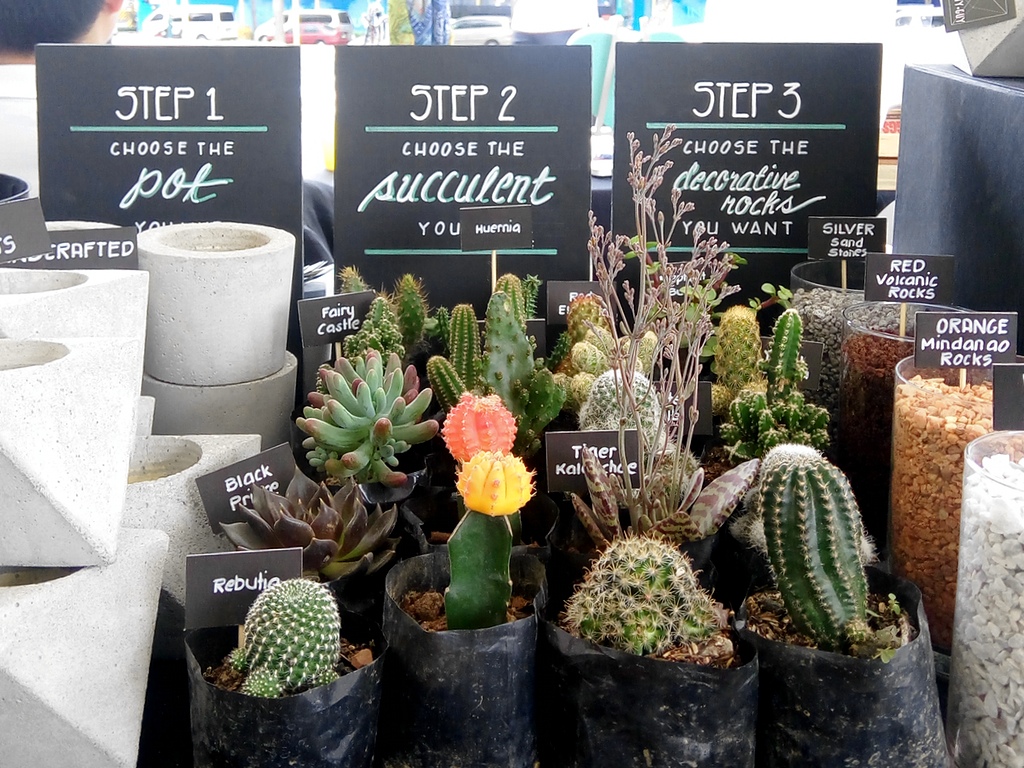 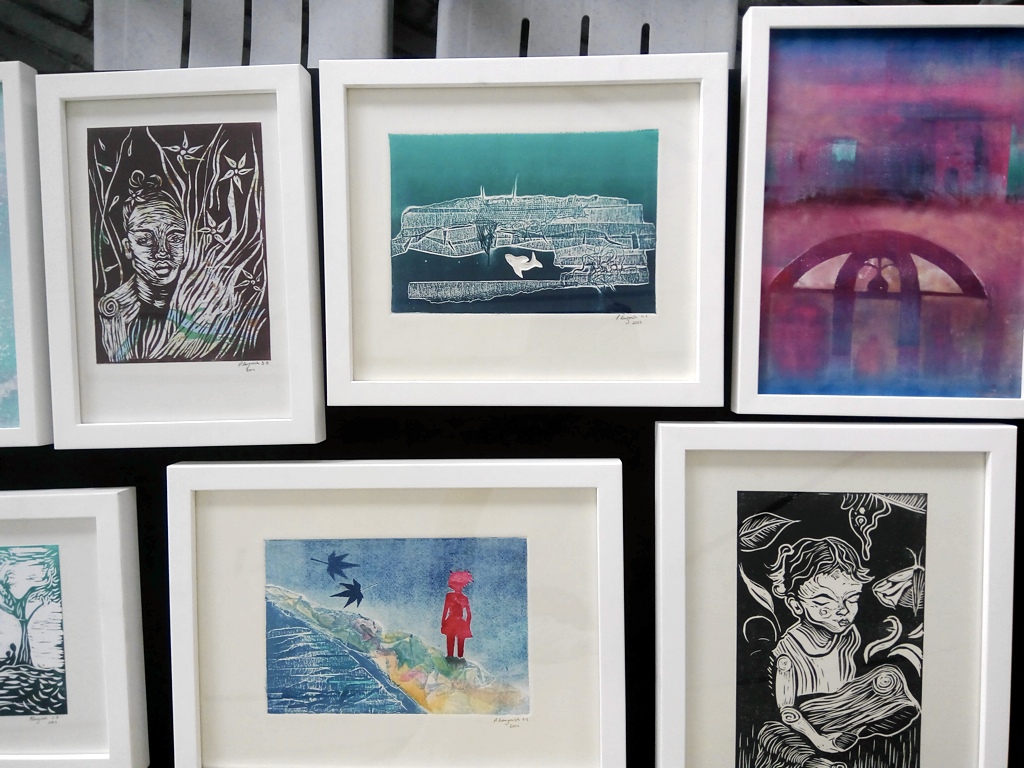 Each Art Mart is different but we always have a good time. It has always been a great place to meet and bond with fellow artists and art-lovers, as well as have a venue to share and showcase everyone’s work. All the more this specific weekend as we held it simultaneous with different theatre productions, performance arts workshops, dance recitals and creative talks. The place was brimming with life and art! 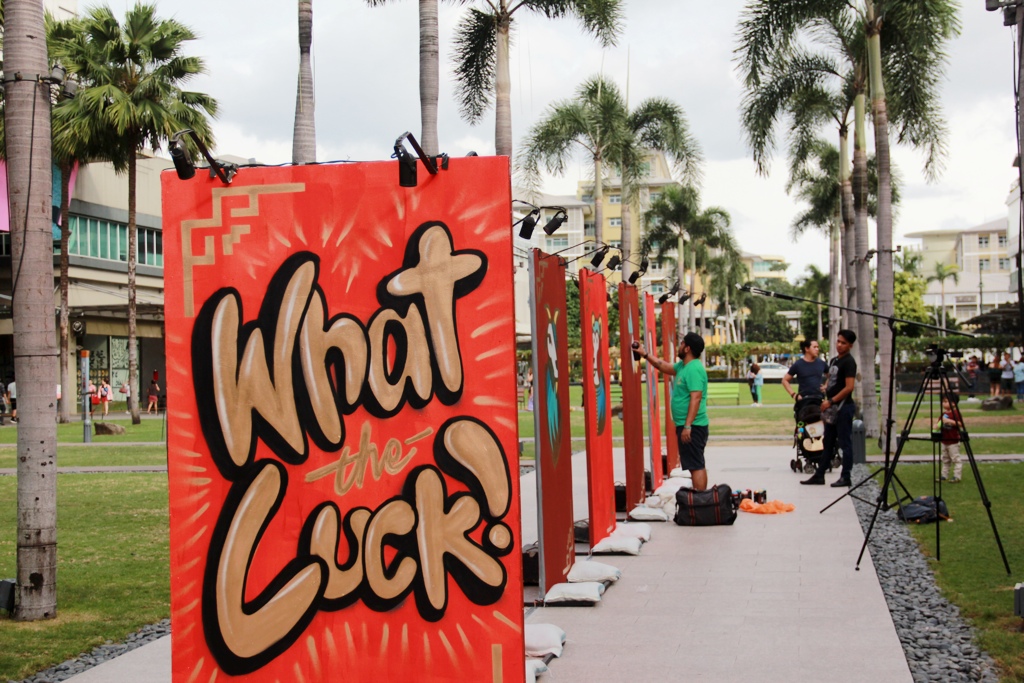 Just last week, Honeycomb produced an art installation for Bonifacio High Street, in celebration of the Chinese Lunar Year. Featuring artist, JP Pining, twelve different paintings were made of the twelve Chinese Year symbols. I love JP’s take on the sacred animals and how he incorporated the symbolic red and gold to his usual funky colors. He finished the project in two days, just in time for CNY, and they can now be seen along BHS, just in front of Figaro. 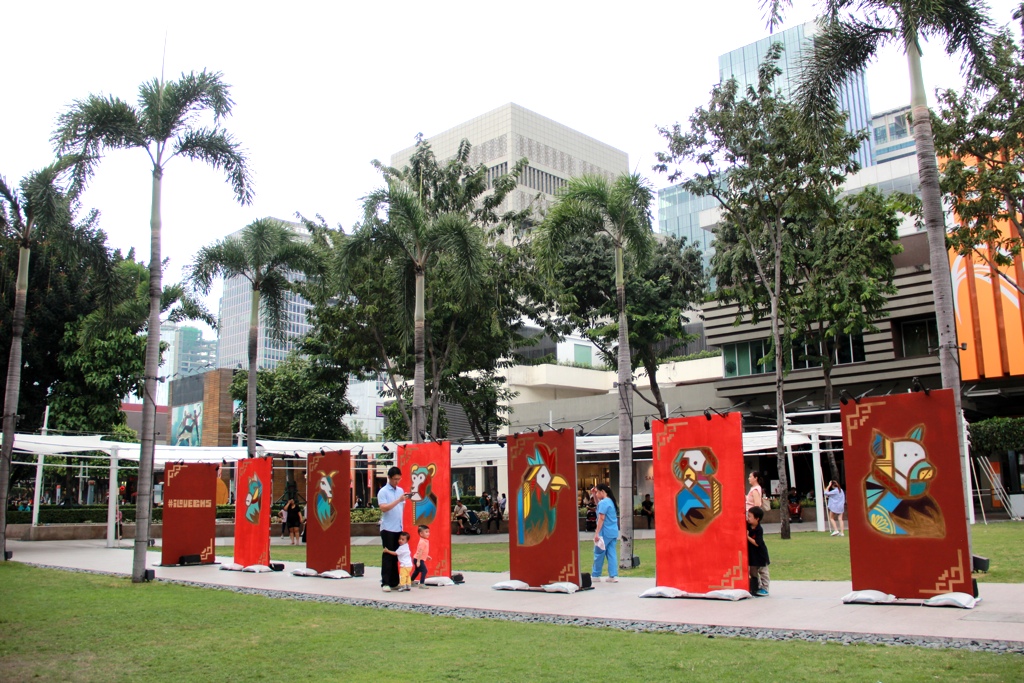 Family fun, art, coffee and community events — these are the things our January was composed of and by the looks of it, the rest of our year as well. Hopefully, bigger and greater as the months progress. But whatever the case, we are up and ready for the rest of this year. We are gearing up for exciting things ahead. It will definitely be a lot of work but we promise ourselves to have just as much fun! 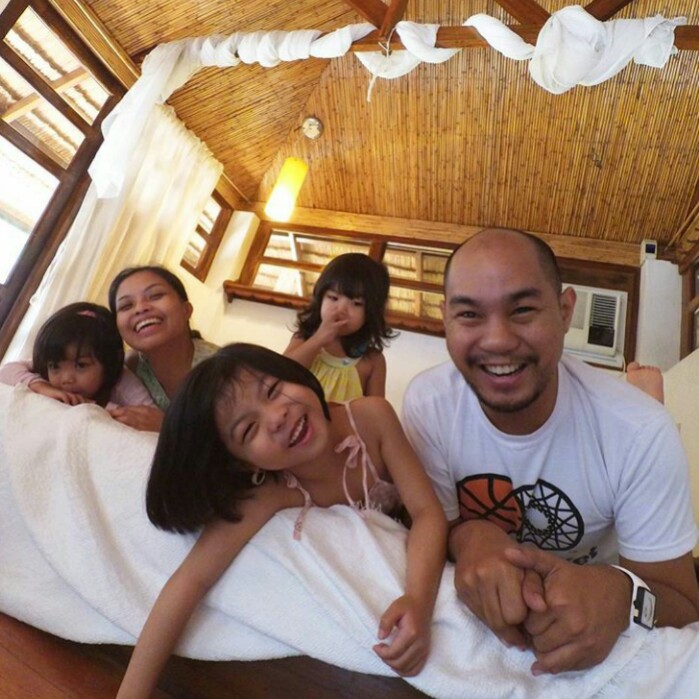 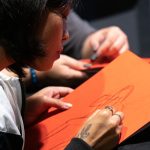 Entering the venue opened up a series of disarming moments. Walls filled with skillfully drawn pictures, the sweet scent of flower fields and soothing music playing unevasively in the background. You’d think you had just stepped into a spa or a fancy dinner party. Except it was not. It was a sketching workshop and, very END_OF_DOCUMENT_TOKEN_TO_BE_REPLACED 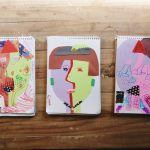 One of my goals this 2020 is to learn more about the lives and styles of different influential contemporary artists, both of our time and of the past. I also thought it would be best to include my kids in this year long venture into art history as part of their weekly art sessions at END_OF_DOCUMENT_TOKEN_TO_BE_REPLACED 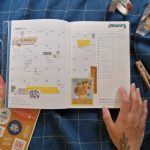 One of the things I love about beginning the year is that I get to use a brand new planner or journal. It’s quite literally like starting off with a blank slate — fresh pages full of hope and possibility! And the act of setting up my pages and spreads, writing down my vision and END_OF_DOCUMENT_TOKEN_TO_BE_REPLACED