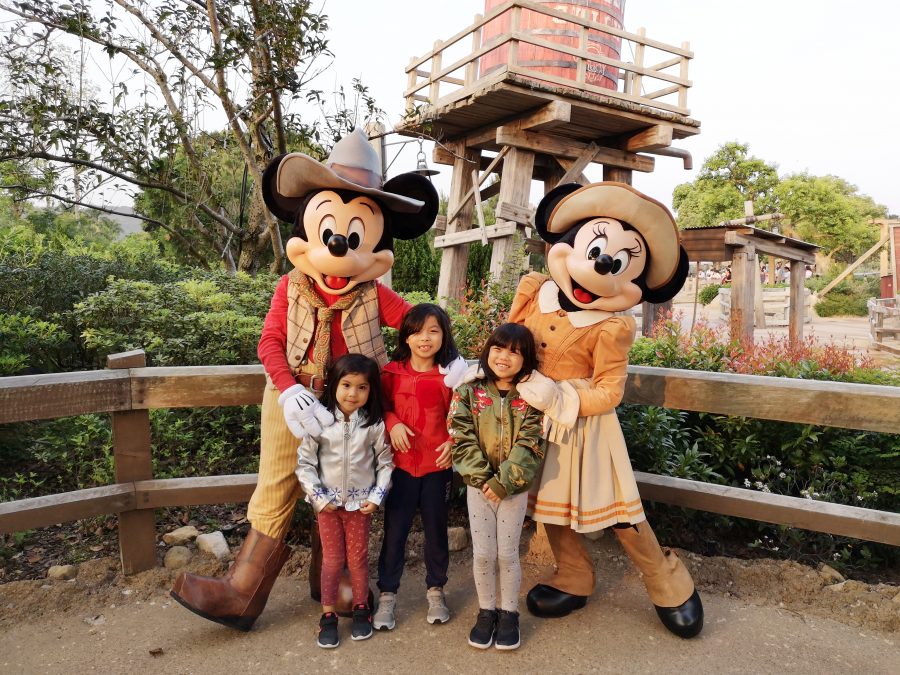 Our trip to Hong Kong Disneyland last month was about 15 months in the making and my girls’ biggest, most extravagant project yet. They knew that it would be expensive to go but really wished they could and would not stop talking about it. So one day, Kayo struck a deal with them that if and when they are able to save up and raise enough money for their own Disneyland tickets, he would take them.

So beginning December of 2017 until about February of this year, they have set aside all their cash gifts from Ninongs and Ninangs (instead of spending them on stuff); and made a lot of stickers, post cards and artwork which they sold to friends, “fans” and random customers at our shop in Cubao Expo. They even put up mini concerts and circus shows (aka The Greatest Showman) which they managed to sell tickets for! (How that happened, I do not know!) Individually and collectively, they put in the work to save up.

Of course there were moments when they complained and felt like they’ll never make their target. There were many instances when they were tempted to spend their savings on the latest toys instead. But with a little encouragement and a reminder of what their goal really is, they got back on track. And in the process, they get a little bit of idea that money doesn’t just fall from the sky. If they really want something, they can wish upon a star but more often than not, they have to work hard for it too. They’re not too small to learn that the best things are worth the work and the wait.

Kayo and I were surprised they raised the money at the rate they did and how creatively so. They saved what they needed and even had extra to spend on Disney souvenirs! Thank you so much to our friends and families who constantly support their art haha.

Of course they had to be good girls too, which was equally as challenging if not more so. But all in all, I am really proud of these girls for reaching their goal. It was wonderful to see their giddy faces when we finally entered the park. Jo’s starstruck face upon seeing Elsa was priceless too! Even I was close to tears. I wouldn’t have gone to Disneyland if it wasn’t for these girls so I’m thankful to them.

Obviously, we had a fantastic time together, and this entire trip, including the preparation to make it happen, has been such a wonderful learning experience that I hope they always, always remember.

It’s that time of year again and I’m pretty excited to set up and start another December Daily journal! It’s one of those little Christmas traditions I’ve set for myself which allows me to navigate the season with a little bit more intention. It’s a practice that allows me to find a more personal meaning END_OF_DOCUMENT_TOKEN_TO_BE_REPLACED

The girls and I were very fortunate to have been invited to the opening party of a new creative space and craft shop in Marikina City called TATY. That stands for Thrive And Trove Yard! Formerly known as Woak PH on Instagram, TATY is essentially a kids’ maker studio that promotes skill-building activities and provides END_OF_DOCUMENT_TOKEN_TO_BE_REPLACED

My daughters, Summer and Jo, started taking ballet classes last August. But last week, they attended their final session. They’ve decided to try and explore other things for now. Even so, I was actually surprised to see them enjoy ballet as much as they did. I really didn’t expect it. They enjoyed it so much END_OF_DOCUMENT_TOKEN_TO_BE_REPLACED