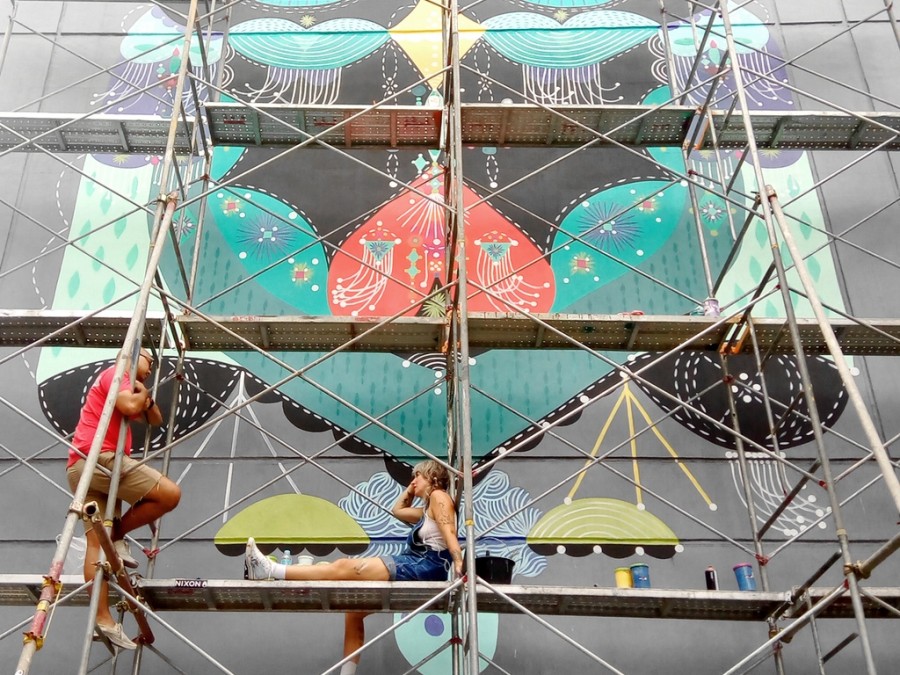 Last May, our family of five settled ourselves in BGC for another ten-day mural festival organised by Honeycomb Arts and Lebasse Projects. Similar to the one we had last year, a mix of artists from other countries and from here showcased their awesome skills and capabilities by painting life and magic onto walls and corners around the city.

We had a spectacular time! And of course, I had set out to document every moment. Like last year, I had put together another mini album compiling our experiences. This time, though, I decided not to scrap-on-the-spot and simply enjoy each day while taking loads of photos. But I started working on it a month after and just a couple of weeks ago, finally completed it!

So, let me share with you the highlights of those ten days through my scrapbook spreads and photos…

Unlike last year, this week had been a lot more busy. I, personally, had a lot more going on in my schedule and more responsibilities to take care of, one of which was BGC Art Mart. Art Mart is a project of the Bonifacio Arts Foundation geared toward providing a space for local artists to showcase their original works of art. I took on the role of organising the two-day event and also putting in new concepts to keep making it a fun and interesting affair, not only to shoppers but also to the artists who are regularly involved. So aside from selling art, we put in craft stations where people could get their hands a little dirty and join in the art-making.

I put in a number of inserts in this album for my journaling. For this spread, in particular, because I didn’t want to obstruct the flow with an insert in between, I made a fold over card in one of the pockets where I wrote my thoughts about the day.

Another new feature we added to Art Mart was a sketch walk with Robert Alejandro. At first, I didn’t think it would happen because Kuya Robert simply is a very busy man and this seemed to be such a puny little activity for a big artist like him. So you can just imagine how ecstatic I was when he replied to my email and agreed to do it! Even more so, when, after just a day of opening registrations, we had doubled our target number of participants!

We had 33 people join us that afternoon — both artists and non-artists. Kuya Robert did not fail either. He spoke wisdom and shared his heart out. The artists were challenged and shaken, while the non-artists came out of their shells and discovered a new side of themselves. But everyone seemed to have come out of it enlightened. It was just fantastic! Personally, it was a great way to jumpstart this art-filled week of my life.

Here’s another insert — a numbered 3X4 PL card where I wrote the top ten things that happened that day. Attached a “Today” tab on it too.

The kids and I did a whole lot of walking and exploring. I made sure we had a big breakfast in the mornings so we had all the energy we needed to go out, play and visit the walls. It was tiring of course. The kids don’t always want to go out and walk, specially when we stay in an air-conditioned hotel room with a TV showing cartoons all day. There were times they’d rather stay indoors or when we’re already out, beg to go back. But I insisted on our walks and we always ended up discovering new things and having a good time.

This is that day when my friend, Fhely, who worked in the area joined us for our afternoon tour of the walls.

Aside from stopping to admire art. we stopped to admire flowers too!

At another day, my other friend Kirt, came with her kids and joined us walk and explore too!

Up Close and Personal

Of course, seeing the artists at work had always been awesome. This is part of why I insisted to take the kids walking in the afternoons to visit the walls. It would always be interesting to watch them do their magic, observe their styles and techniques, as well as get to interact with them a little bit.

Emma had this really hilarious conversation with Bunnie Reiss and I just didn’t want to forget it. Most importantly, I want Emma to read it when she’s bigger! So I made a little insert and wrote some of those things down.

We also witnessed the slow but steady unraveling of Hot Tea’s yarn installation. It was pretty awesome.

The kids have their favourite parts about the different paintings as well and you notice those elements come up in their own drawings later on. I love that part about being present during these art festivals. Yes, it becomes a conversation piece among grown-ups, specially on social media, but just as well, it becomes like a large-scale art demonstration, free and open to everyone, even the kids, to learn from. My family and I are fortunate to be present and amongst the artists during this time, so yeah, we’re taking in everything we can, learning from all these brilliant people.

The left page shows the girls giving Bunnie the drawings they made for her.

This ends Part 1 of this feature. There are just too many things about those ten days that I don’t want to ever forget! More about the festival coming up in Part 2… 🙂

You may find out more about the artists involved in the festival by visiting ArtBGC.com and following @artbgc on Instagram. 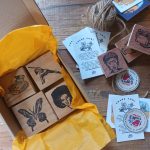 Last month I was finally able to release and sell the first batch of stamps from my 100 rubberstamp project from 2020. I’m feeling quite relieved because selling these babies have always been part of the plan. I knew in my heart of hearts they are meant to be let go and made available to END_OF_DOCUMENT_TOKEN_TO_BE_REPLACED 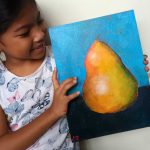 Jo, my youngest daughter, lost interest in painting early this year. As a result, I also held back on giving her painting projects for a time. Remember a couple of years back when the girls and I did various painting projects almost weekly? We stopped doing that almost completely as I let them explore their END_OF_DOCUMENT_TOKEN_TO_BE_REPLACED 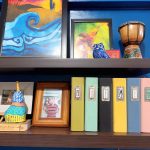 2019, the year before the pandemic, was a pretty eventful year. It was the year we let go of Kendo Creative (a small cafe and art hub we ran in Cubao), the year I went on a solo trip to Taipei, the year we went on many mini road trips as a family! A few END_OF_DOCUMENT_TOKEN_TO_BE_REPLACED