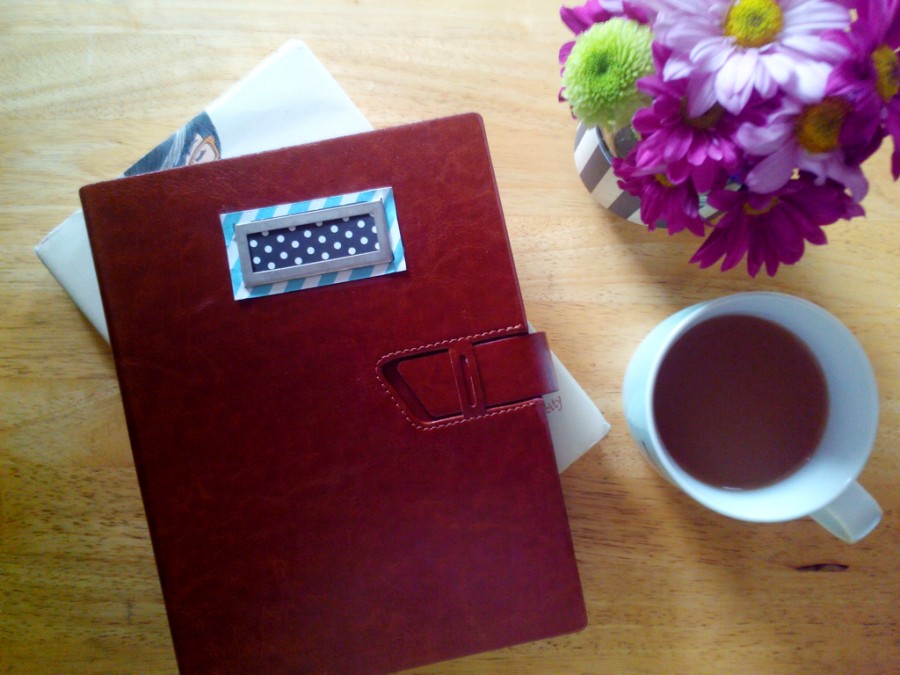 I can’t believe January is almost over! But as I look back to the first few weeks of 2015 I realize I’ve done quite a bit already, like nail a handful of graphic design work and throw a little party. I’ve also started planning on new and exciting things for the first quarter of the year, which I cannot wait to announce, but well, I digress…

At the end of last year, I wasn’t really expecting to be working and planning on very many new things so I didn’t get myself a planner. I actually have not used a planner at all in the last two years since I left my job, so I thought maybe I wouldn’t really need one this year either. But then, after browsing through all my favorite blogs and seeing numerous posts of many beautiful journals and planners, I realize I do want one and may actually need one.

My father in law had an abundance of 2015 journals from work. I think he may have given almost everyone in the family a notebook. He gave me a planner. And I thought it was pretty cool because it’s a six-ring, brown leatherette binder. I decided I could do so much with it to make it “mine.” So instead of shelling out a thousand or so on a new one, I turned it into a little project.

It was a very simple blank planner so I had to add a number of things like a title page and monthly dividers. I even wrote the dates by hand on each page using a gold brushpen.

I made use of my scrapbooking supplies and mixed different patterns. I also cut out photos from calendars which I really liked and added them in so when I flip through each month, it looks entirely different.

Because it’s a ring binder, I can easily add or replace stuff as the months go by. So when there’s something I know I never want to forget, I can just write it down (as beautifully as I can), and stick it in! Just like this short but amazingly profound quote from the Pope’s visit to Manila a week ago. I knew it was something I had to record and be able to read over and over throughout the year.

Now about the cover. The binder had a bank logo on it and it was embossed, so my only option was to cover it. I found one of these small metal label holders attached to an old storage box. I took it out and attached it onto the binder. I then slipped in some printed paper to make it look less serious and a little more fun.

And that’s my 2015 planner. I hope to be more productive with it and be able to make things happen. I hope to be able to plan things properly but still be flexible and ready for change. I hope to do different things and have new ones challenge me. I hope to learn much and be able record them so I never forget. So please excuse me while I check my binder for today’s agenda… 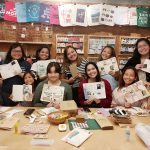 Late last year, I was so fortunate to have been featured by Common Room PH in their Meet the Maker series on YouTube. I had the chance to really rave about journaling and how it has helped me appreciate life more through the years. I also shared tips on how to keep a creative journal END_OF_DOCUMENT_TOKEN_TO_BE_REPLACED

It’s that time of year again and I’m pretty excited to set up and start another December Daily journal! It’s one of those little Christmas traditions I’ve set for myself which allows me to navigate the season with a little bit more intention. It’s a practice that allows me to find a more personal meaning END_OF_DOCUMENT_TOKEN_TO_BE_REPLACED

The girls and I were very fortunate to have been invited to the opening party of a new creative space and craft shop in Marikina City called TATY. That stands for Thrive And Trove Yard! Formerly known as Woak PH on Instagram, TATY is essentially a kids’ maker studio that promotes skill-building activities and provides END_OF_DOCUMENT_TOKEN_TO_BE_REPLACED