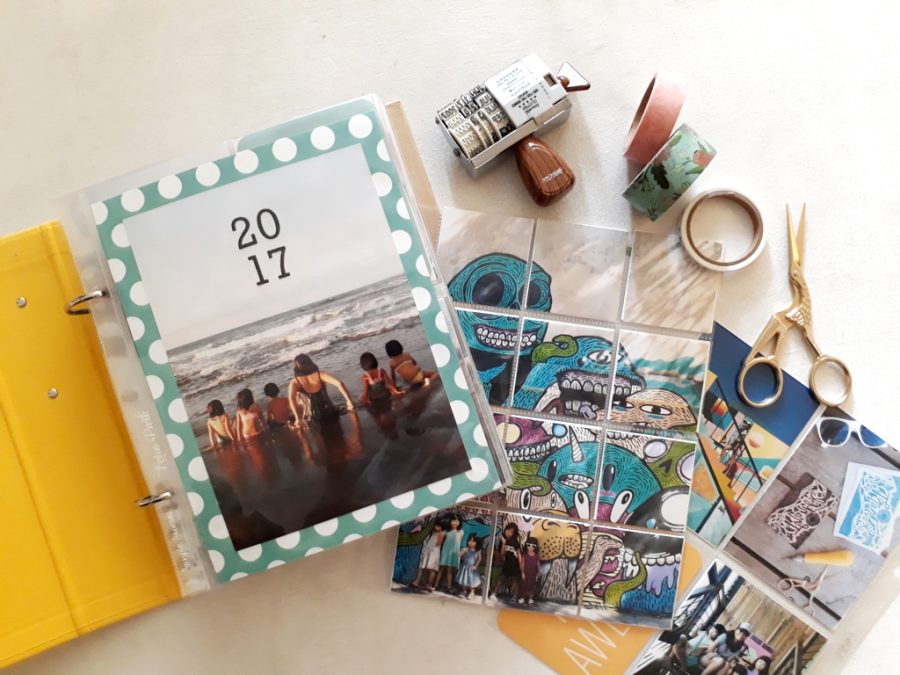 I didn’t get to scrapbook during International Scrapbooking Day last Sunday, but I was able to start working on a flip through video of my 6×8 2017 Project Life album which I’m sharing at the end of this post. 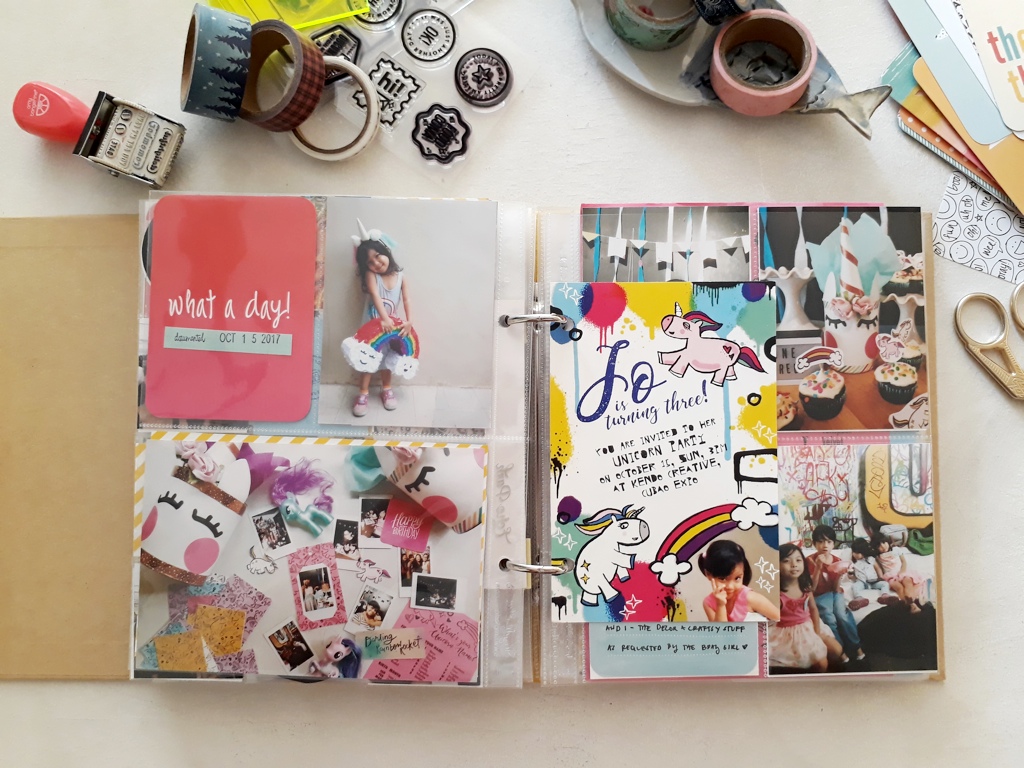 Our family shared many beautiful and strengthening moments together last year. It’s definitely uplifting to look back on them. Even more so when you see it all laid out before you in words and imagery. I can’t help but be thankful for life, my husband, kids, friends — everyone and everything! 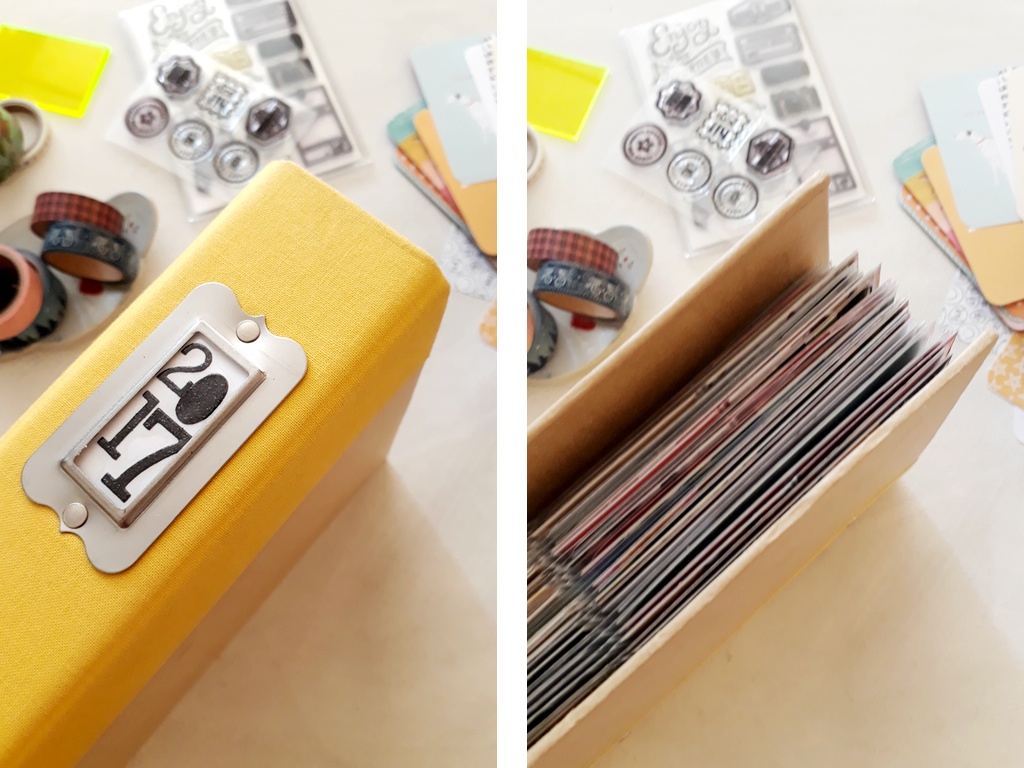 So as a belated celebration of Scrapbooking Day, I’m sharing some of our best moments from 2017 in colorful detail as seen inside my album…

NY at LU
Began the year by the sea in the company of family — always a great idea! 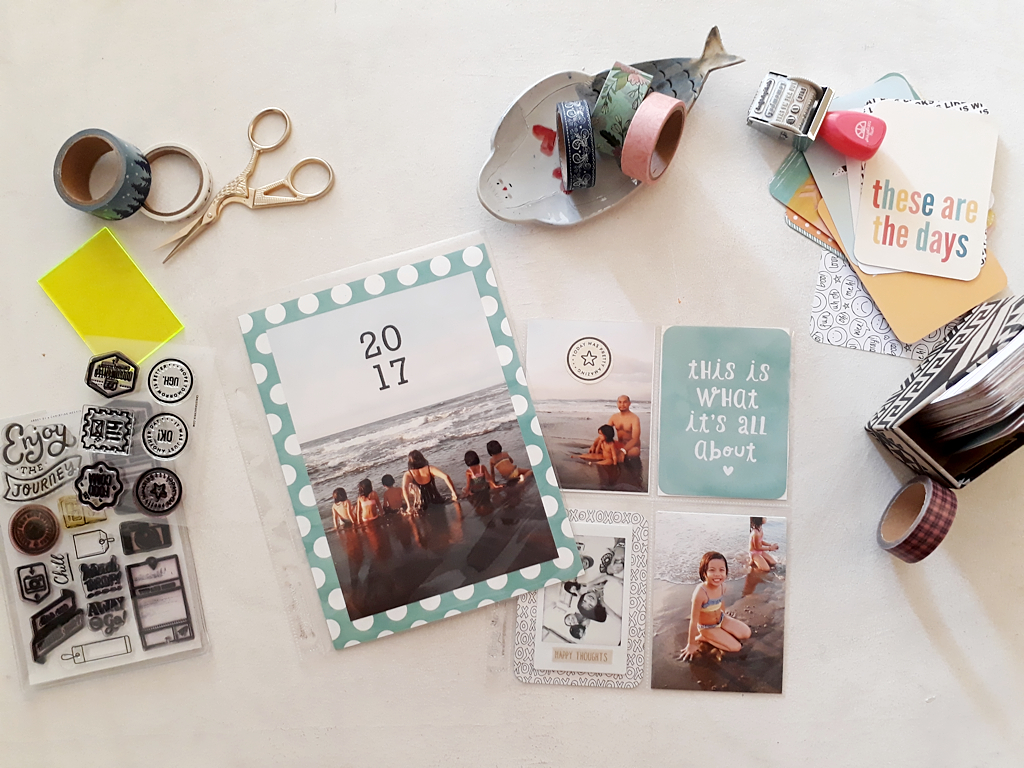 I love these photos I’ve captured of my mother in law and the grandkids playing in the shoreline. I think it makes a great album opening!

CRAFTY VALENTINE’S
Valentine’s Day of 2017 was spent at home DIYing with my girls. Times like these are always precious to me. Made a six-photo collage of all the pretty hearts we made. 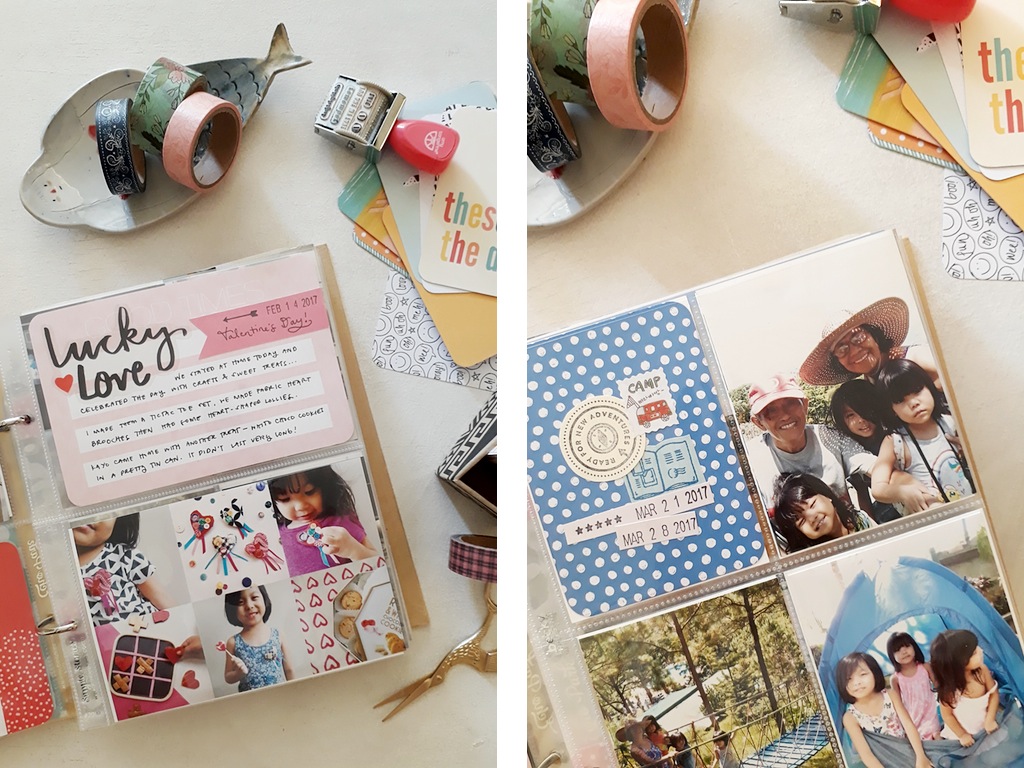 WHILE WE WERE IN VIETNAM…
I put together a separate album of my trip to Vietnam with Kayo (which you can view here) but our kids also had their own adventure with my parents while we were away. 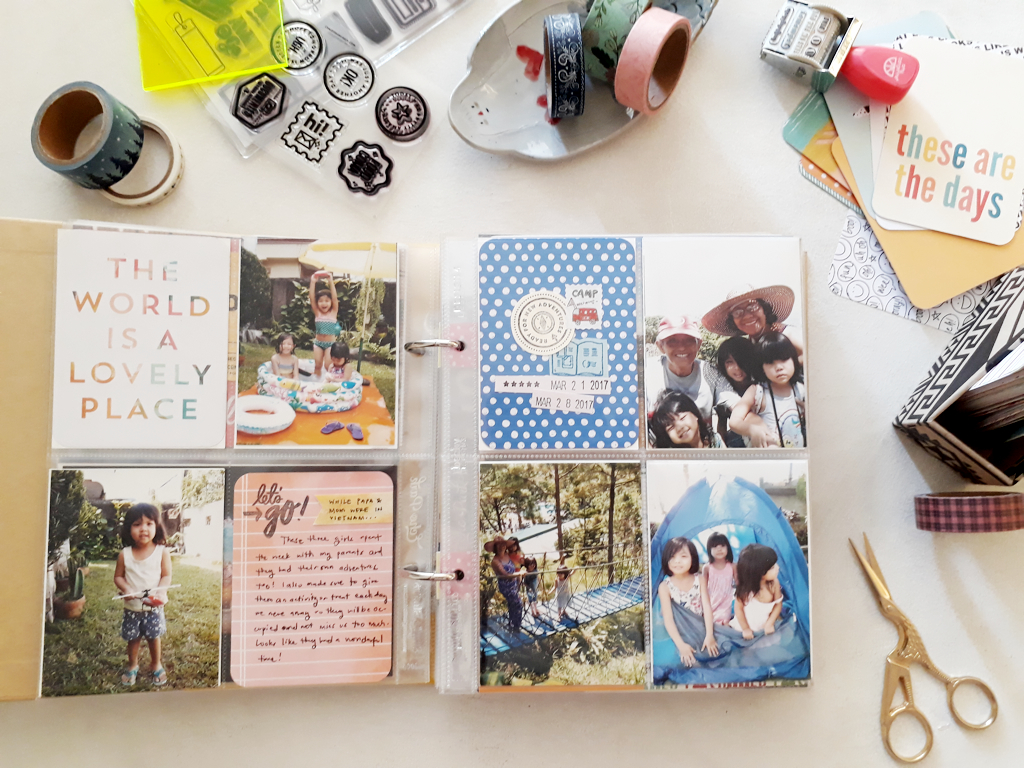 So I decided to include those in our album too, so they remember that they also had a great time even while we were miles away.

SEVEN
Kayo and I went on a mini overnight vacation on our seventh wedding anniversary. 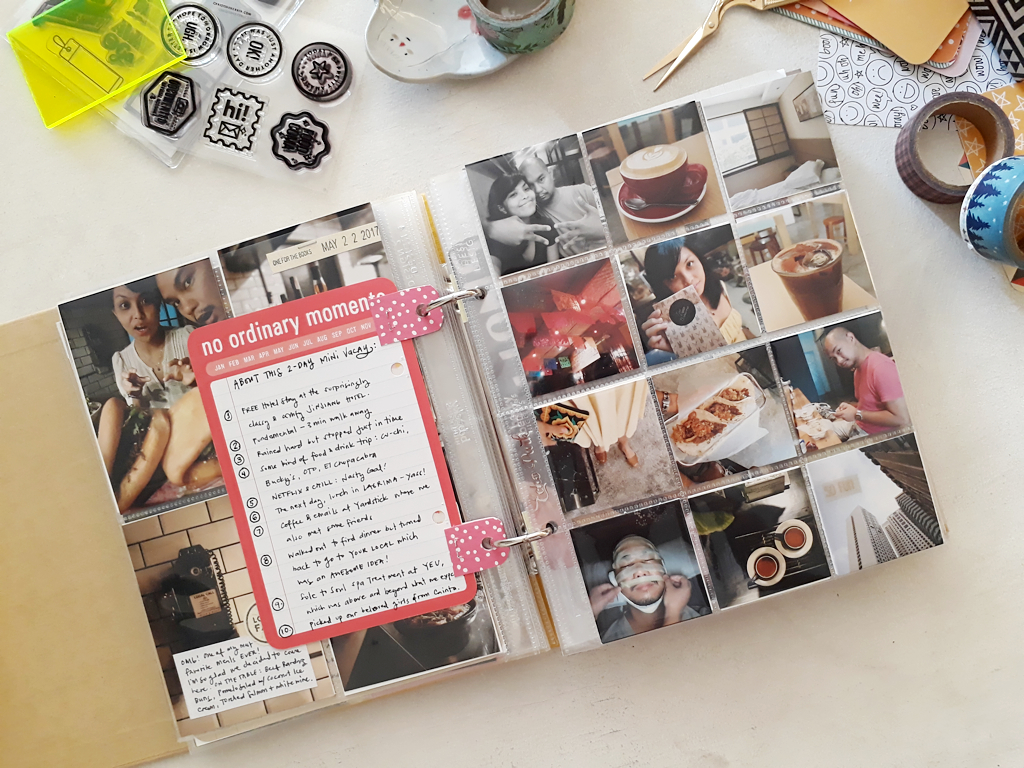 It was a staycation not very far from home but we made the most of it by exploring and eating our way through that side of town. We did (and ate) so much that I decided to compress that experience into a grid photo page and highlight list!

URBAN ADVENTURES WITH SUMMER, EMMA AND JO
We did a lot of planned and unplanned exploring with the girls last year, which were really part of our efforts to unschool / homeschool them. 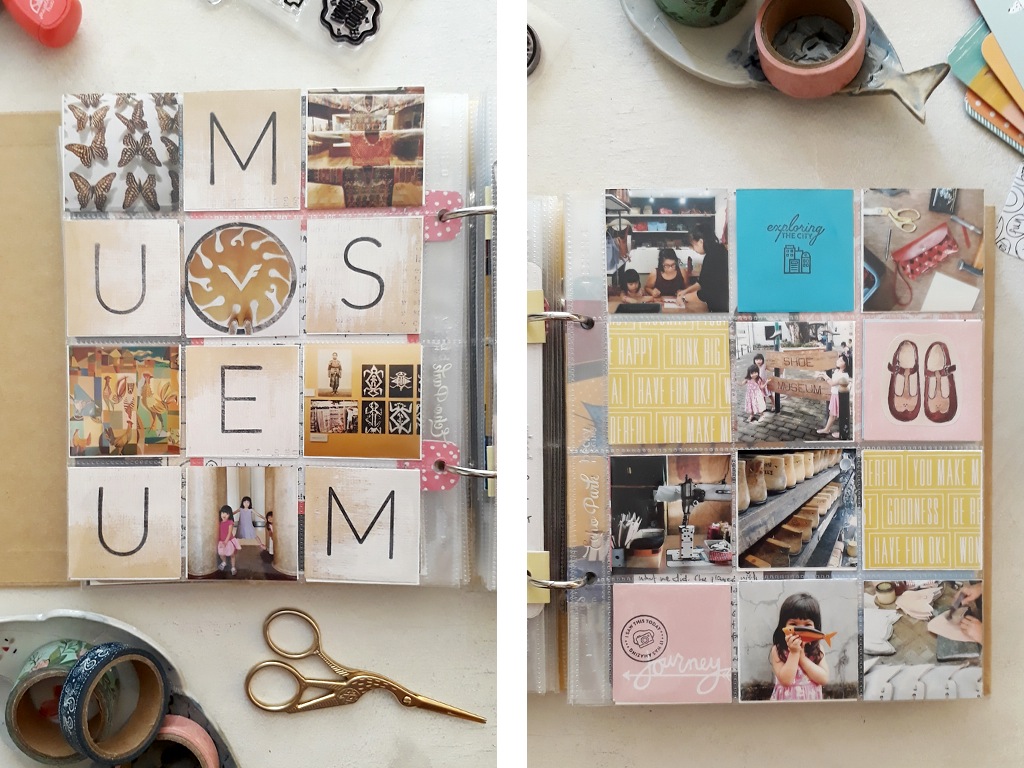 Some of my favorites are our trip to Marikina — to the shoe and bag factories, as well as our visit to the National Museum and Intramuros on Independence Day. 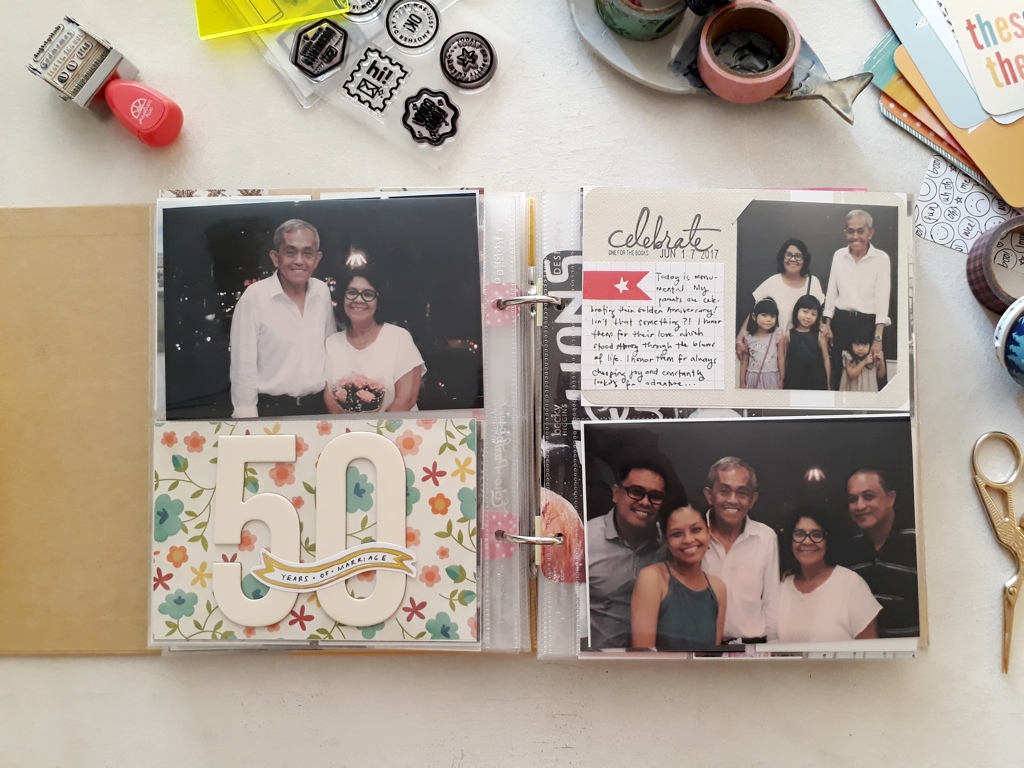 Thought that was really monumental so we made sure to take nice family photos which we hadn’t done in a while.

OBIWAN KAYO-BI
I threw Kayo his first ever surprise party at Kendo on his 33rd birthday. 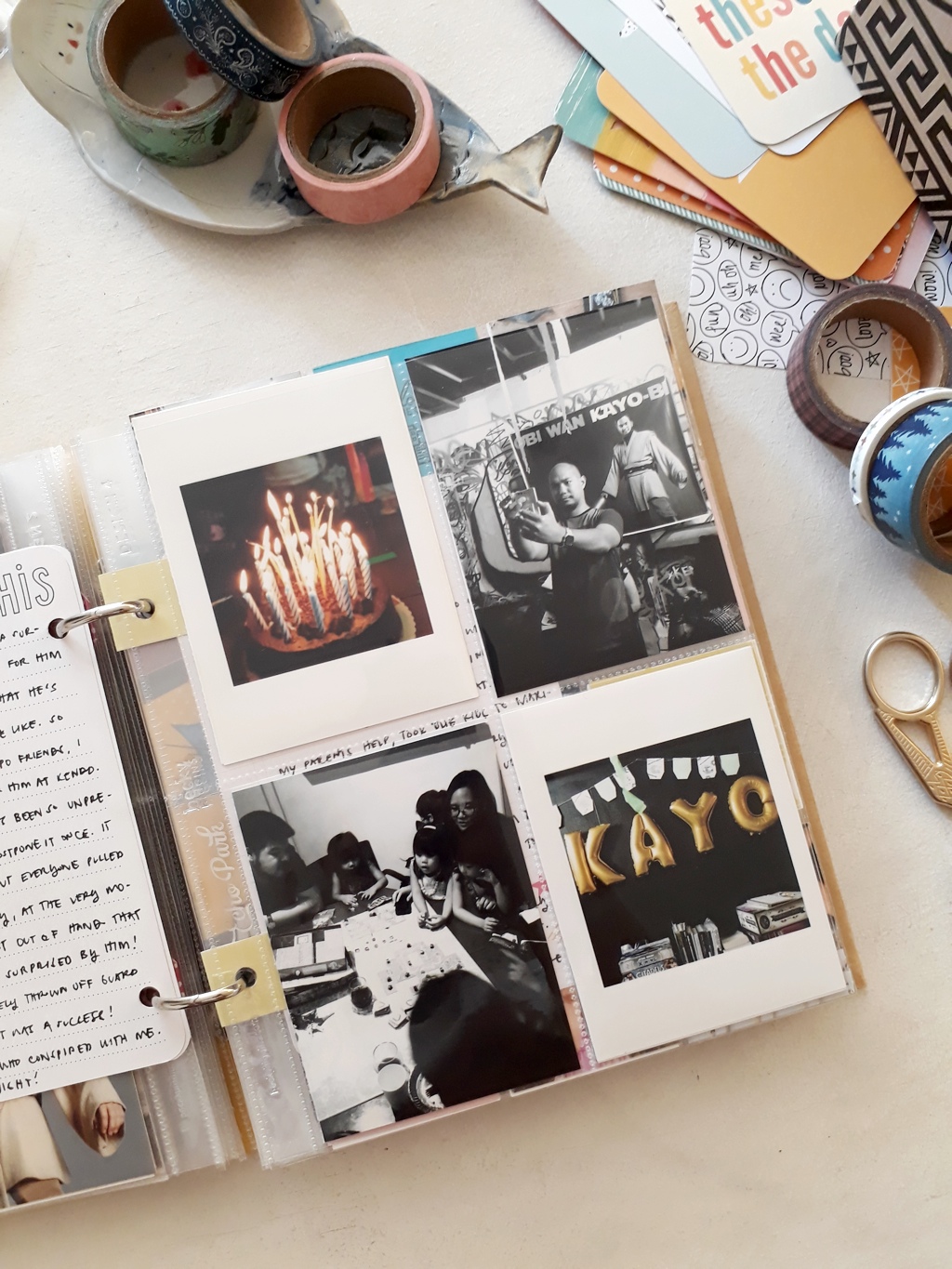 There were so many little details about that night that I cherish like Kayo’s cake covered in candles, him taking a selfie with his ridiculous Obi Wan tarpaulin and friends playing board games because it’s simply the thing to do. So glad to have captured those somehow.

CUBAO HEX
All of us in costume. Need I say more? 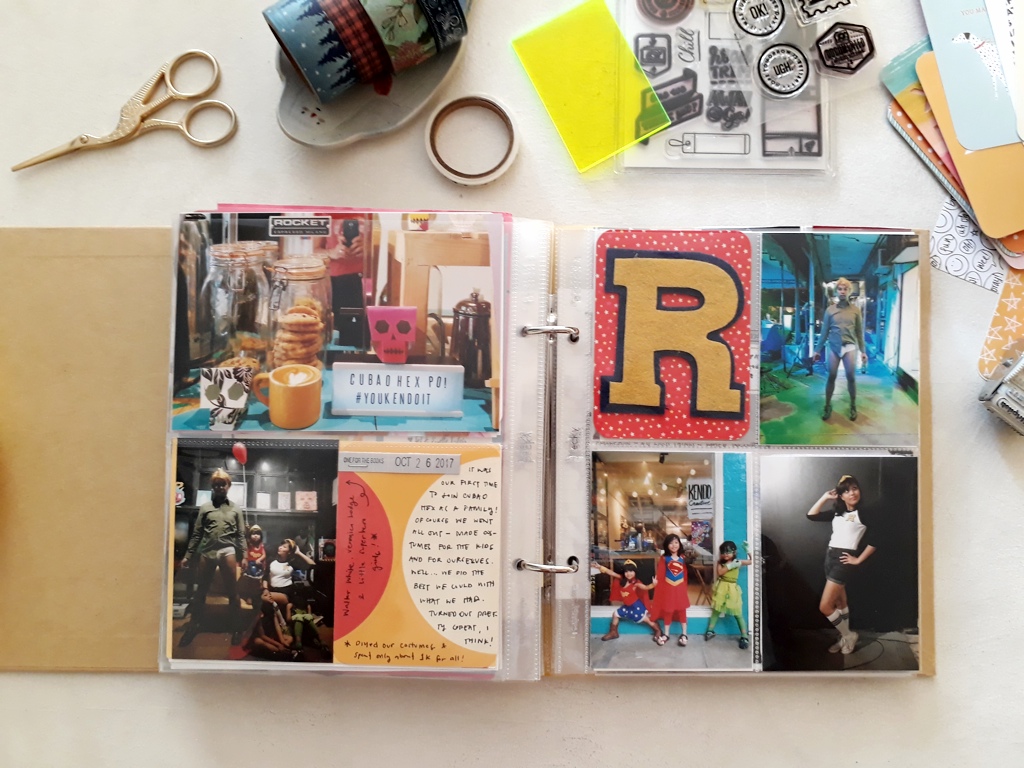 Well…I should mention that I really love how I was able to insert the Riverdale patch I made for my Veronica Lodge costume. That’s the one thing that brought my whole look together!

YEAR END HITS
It was pretty amazing that we were able to begin the year and also end it amidst nature with family. 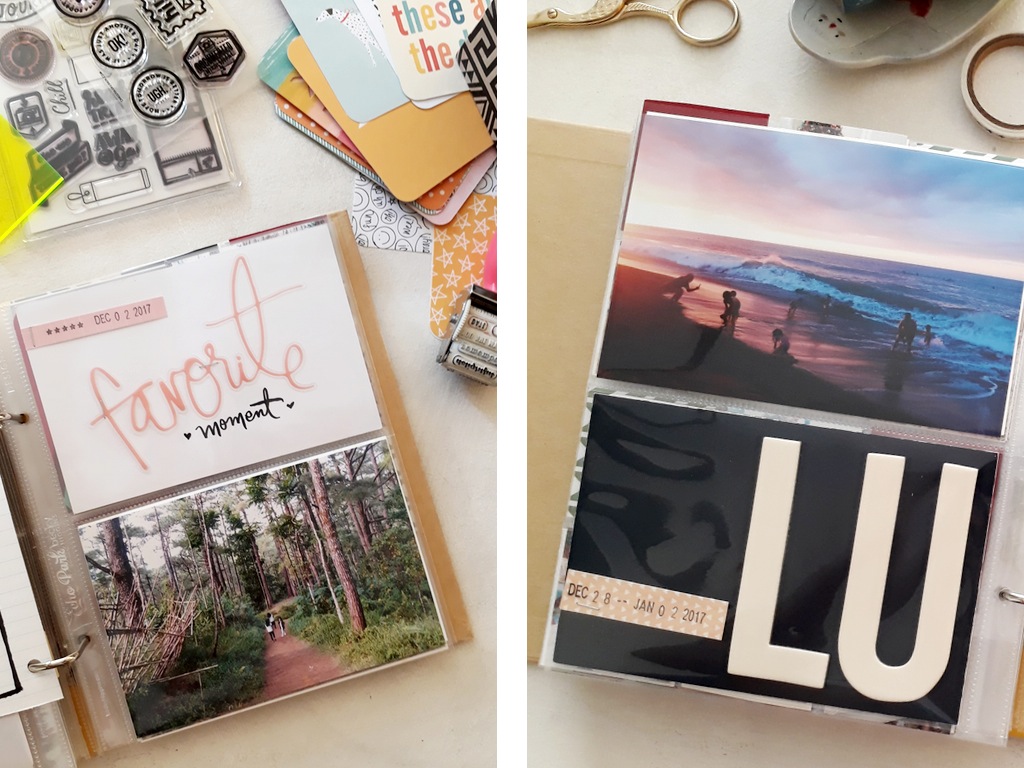 We had many magical moments we were lucky enough to have captured throughout our stay. I used two big photos of the kids laid out in grid layout for the final page. Pretty pleased with how they turned out and thought they were a fitting conclusion to last year’s story — the children busy and free exploring and discovering the beautiful world around them. Indeed, these were the best days! 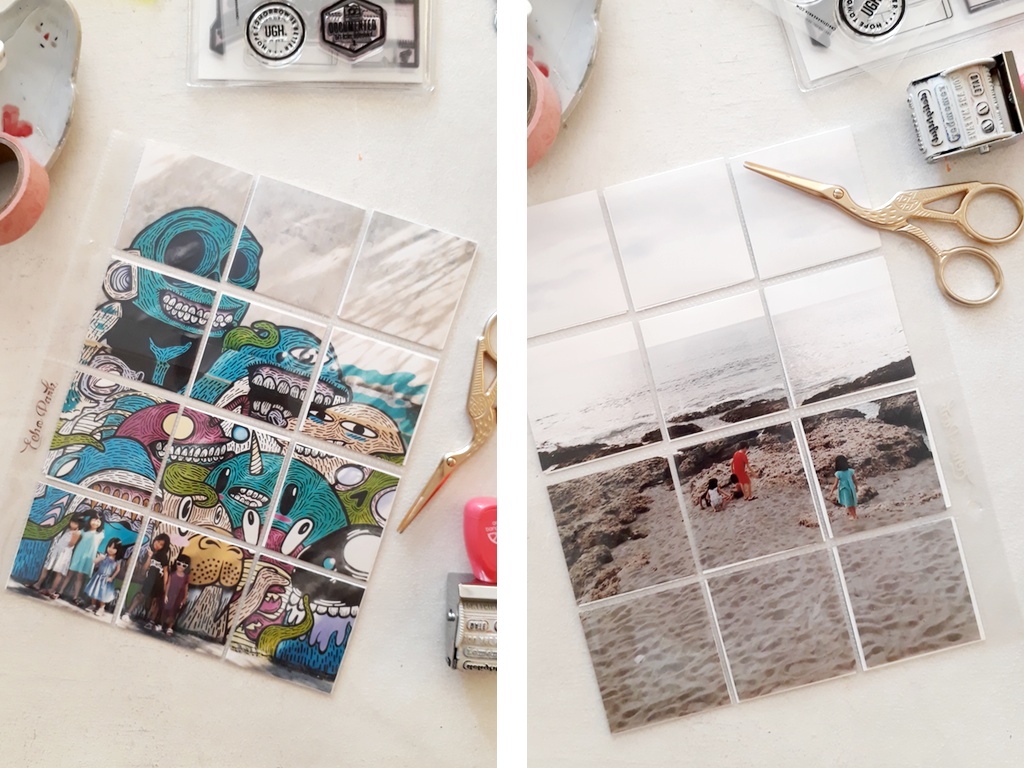 And finally, I invite you to spare just a minute and a half of your time to view the entire album through this flip-through video. Enjoy!

Three days to go before Valentines day! If you are looking for last-minute craft projects to do on your own or with your kids in celebration of the occasion, I have put together five easy but lovely Valentine projects you can try at home! GET LIT Give life to plain candles by wrapping them up END_OF_DOCUMENT_TOKEN_TO_BE_REPLACED

During last year’s lengthy lockdown , I delighted in looking through older family photos, specially those of our wanderings and travels. Tapping through thousands of shots became an escape and also a source of joy. I love photographs and their ability to transport me back to places I once visited and experiences I once had. END_OF_DOCUMENT_TOKEN_TO_BE_REPLACED

I would always get inquiries on Instagram about the journals I use so I thought it would be helpful to put together a blog post about it and talk a little bit about my system, as well as the products I use. Maybe it can help out those who are just starting out with journaling END_OF_DOCUMENT_TOKEN_TO_BE_REPLACED